All three have shared their FLAS application personal statements in the following pages.

Founded in 1965 by Professor Leon Twarog as a United States Department of Education-funded (Title VI) Comprehensive National Resource Center based at The Ohio State University, the Center for Slavic and East European Studies (CSEES) promotes the study of Russia; the former Soviet Union; Central, Eastern and Southeastern Europe; the Caucasus; and Central Asia.

Learn more about the Center for Slavic & East European Studies at The Ohio State University. 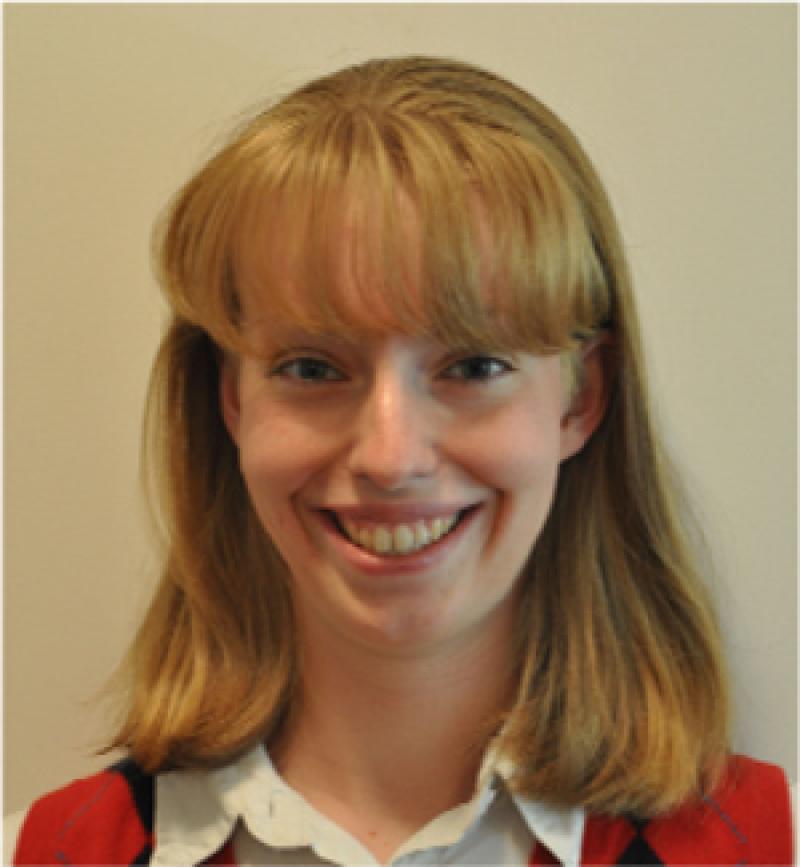 Sarah Keyes (senior) was awarded an academic scholarship for 2011-12 from the Center for Slavic & East European Studies at The Ohio State University to study intermediate Uzbek.

"I am double-majoring in security and intelligence and Arabic, but I have also completed a minor in Russian and have recently started taking Uzbek classes. Although there is no minor available in Uzbek, I plan on taking all the offered classes. I am currently in 102, and I will be taking 103 in spring, 104 next autumn, and 201 and 202 the next two quarters. As of now my proficiency is elementary, but by the end of next year when the program ends I estimate I will be at the intermediate level, with a strong enough command of the language to engage in casual conversations with native speakers, write essays on a given topic, and to easily navigate through a city (i.e. order at restaurants, use bus or taxi service, read signs, rent apartments, etc).

I believe strongly in the importance of critical languages. I hope to work at an intelligence agency someday, perhaps the NSA or CIA. Part of working in the intelligence community revolves around analyzing countries and events and their impact on world affairs, as well as estimating future actions based on present knowledge. In order to accurately analyze any country or group, it is essential to understand their mindset, worldview, and culture, and most importantly their language. Before you can begin to delve into any of these other aspects, you have to be able to understand what your target is actually saying, making language the most important element in such a field. The government has long sought speakers of Russian, Chinese, Arabic, etc. as these areas have constantly been of high importance to the United States. But Uzbek is a much less commonly taught language, and as such is in high demand. Central Asia is becoming an increasingly important region in the world today. From its strategic location, to oil and natural gas reserves, to competing influence and interest in the region by Russia, China, and the United States, to the emergence of terrorist groups such as Hizb al- Tahrir, the Islamic Movement of Uzbekistan that often send recruits to fight in Pakistan and Afghanistan, the region is now often in the news. Due to its rising influence, speakers of Central Asian languages such as Uzbek are becoming increasingly sought after by government and intelligence agencies.

I hope to someday use my knowledge of Uzbek that I will acquire under the FLAS program to our country's benefit, and to encourage others to study an increasingly-critical language."

Learn more about the Critical Needs Languages sought by the United States government. 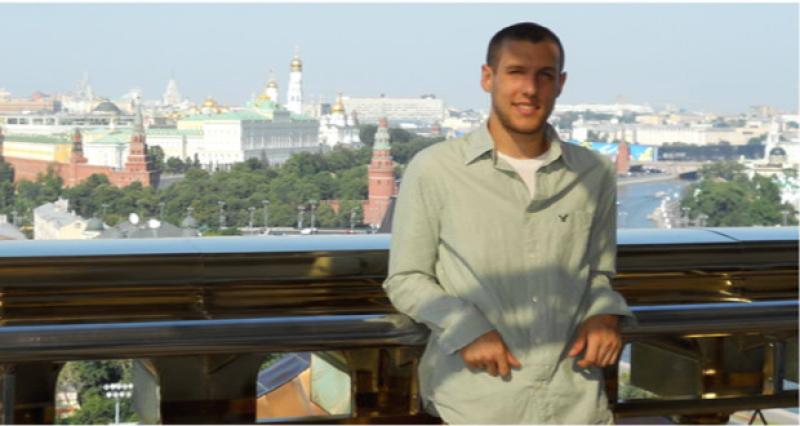 “My reason for applying for this FLAS is to advance my language skills in Russian as well as to develop a better understanding of the Russian culture. I anticipate that at the end of this school year I will be wrapping up the third year series here at Ohio State and should enter the study abroad program at the intermediate level. The program that I am applying for will present me with the opportunity to progress from the intermediate towards the advanced level of Russian and prepare me to potentially make a career with my language skills.

This coming summer I intend to study Russian language and culture through Ohio State’s intensive language program at the Russian State University for the Humanities. After reviewing my options I chose to apply for this program for a number of reasons. To begin with, I studied at this university last summer through the very same program. I believe this benefits me because I not only learned about the area last summer, but I also learned how to take full advantage of the study abroad experience. It took me a few weeks to adjust to Russian life, however, this time around I feel as though I could start back where I left off last summer. In an intensive language program that is only so many weeks long, I believe this will prove crucial to my improvement, which is in the end my main objective. I learned a great deal last summer, however, I feel that this program still has a lot to offer me as a returning participant.

This program focuses specifically on the major aspects of language learning such as mechanics, speaking, listening and reading as well as mixing in lessons on culture. I can honestly say that studying abroad has been one of the best experiences of my life, and I am eager to go abroad again and continue on the path to becoming fluent. I consider this to be one of my most important personal life goals, and it will not only benefit me as a person but in my career and education as well. The FLAS will be a critical component in allowing me to return to Russia due to the financial stress that a study abroad program poses. However, I firmly believe that investing in me will prove beneficial, as I have already shown to be able to conduct myself in an international setting and have excelled thus far in my Russian language courses both at home and abroad.

Upon completion of my degree programs, I intend to seek work in some government capacity. Currently I am interested in intelligence work as well as diplomacy or the Foreign Service. While these are varying careers, my main interest is beginning a career in which I can use the language skills I am spending my college career perfecting. I have paired my Russian major with another in Security and Intelligence and am also working on a minor in Italian. It goes without saying that I am extremely interested in the world at large and want to turn this interest into a potential career and life. Along with advancing my career opportunities, this study abroad program will help me complete my double major and minor in a more timely fashion. This program is designed to fulfill three academic quarters worth of work in only nine weeks, which will help to offset the time commitment that I have put on myself.

Again, I cannot stress how important study abroad is to my personal and professional aspirations, and the FLAS gives me the opportunity to participate in this program again. With this aid I intend to build upon the foundation that I created last summer and do everything I can to come back with a better ability to communicate in the Russian community.”