"In Spring 2010, fellow founder, Eric D'Angelo, and I met to discuss the ambitious aspiration of creating a new student organization. We both had enjoyed our first year as Security & Intelligence majors but wanted extracurricular activities to test our growing knowledge of the field. Thus, the Security & Intelligence Club (S&I Club) was born.

The S&I club works to provide consistently interesting, informative events for our members. From the beginning, organizing at least one S&I Club related activity every week quickly became a club code.

S&I Club has excelled rapidly in its first two years. We hosted many security officials from the Intelligence Community including FBI, CIA, NSA, DHS and DIA and multiple professors from the International Studies Department. Most notably, Ms. Sandra Stanar‐Johnson, an OSU graduate and NSA Representative to the Department of Homeland Security, who works personally with the directors of NSA and DHS, has been a guest. In addition to speaking events, we prepared discussion meetings on al‐Qaeda, al‐Shabaab, Syria, and code breaking. These student‐led forums allow our members to share their opinions on relevant international issues. The S&I Club is also active in the Columbus community at large. We have a developing partnership with HandsOn Central Ohio, an emergency preparedness organization that works closely with Columbus area security professionals. As HandsOn Central Ohio participants, we volunteered at the National Homeland Security Conference in Spring 2011. 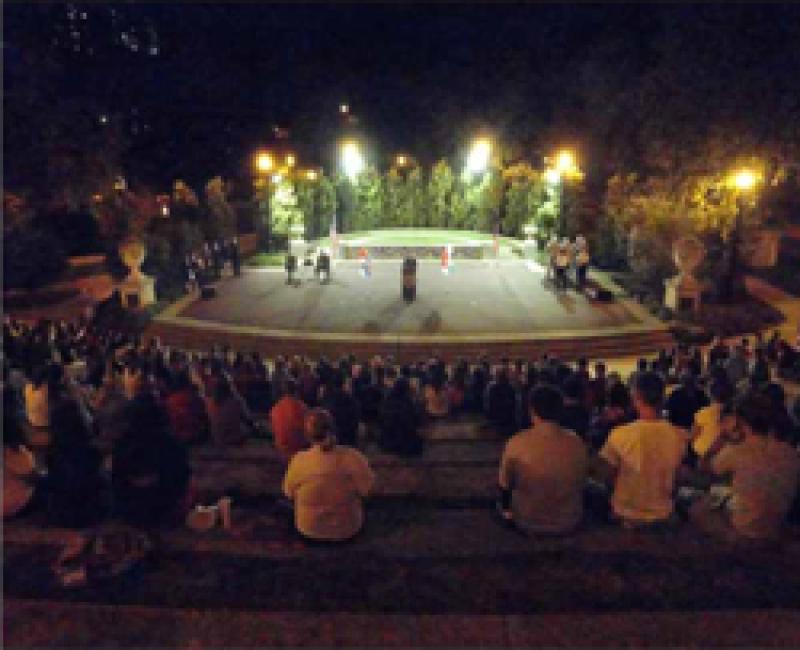 One of our most popular activities is our annual Simulated Intelligence Mission on campus. This three‐hour security and intelligence workshop involves a complicated, multi‐actor scenario during which the skills of agent, analyst, and policymaker are taught to about a dozen participants. Field operations include conducting an interrogation in a foreign language, decoding operative profiles, defusing a fake bomb, executing dead drops, trailing suspects, and analyzing intelligence. Though application based, no prior knowledge such as being able to expertly shoot out the tires of a moving vehicle is required. Past participants have described the mission as a fun, rewarding experience.

Our 9/11 Memorial Ceremony was a signature event that received university‐wide acclaim. In Fall 2012, OSU switched from the quarter system to semesters. This signified the first time OSU was ever in session to commemorate the 9/11 attacks. Eric and I with the immeasurable contributions of our four new officers, Alex Polivka, Emily Wiegand, Katelyn Wright, and Thomas Nitz, rose up to the challenge and organized a program in nine days. On September 11th, 2012 at 8:30pm, over 150 students, faculty, and staff arrived at the Browning Amphitheatre next to Mirror Lake to properly remember 9/11. Army ROTC, Women’s Glee Club, Undergraduate Student Government, Mount Leadership Society, and Boerger Investigative Services all provided personnel in support.

We knew we had organized a truly special event when President Gordon Gee appeared to personally thank us for our steadfast leadership.

Our Student Veteran Appreciation Event in February 2013 was another collaborative effort led by S&I Club for the university. We partnered with Sigma Iota Rho, Vets4Vets, and the Psychology Club to host a resource fair and appreciation dinner for our student veterans. This event spurred the student body to give thanks to their fellow Buckeyes who served in the military and mobilized the veteran affairs organizations to one convenient location for optimal dissemination of all benefits available on campus. As S&I Club expands, we plan on continuing to organize activities for the entire university and Columbus populace.

We encourage you to attend one of our meetings on Tuesdays at 7:00pm in Townshend Hall and get involved. All it takes is a good idea and a couple ambitious people to turn a dream into a reality. OSU will give you that opportunity. What I have learned is that it is up to you to seize it."