Benjamin A. Gilman Scholarship to Senegal 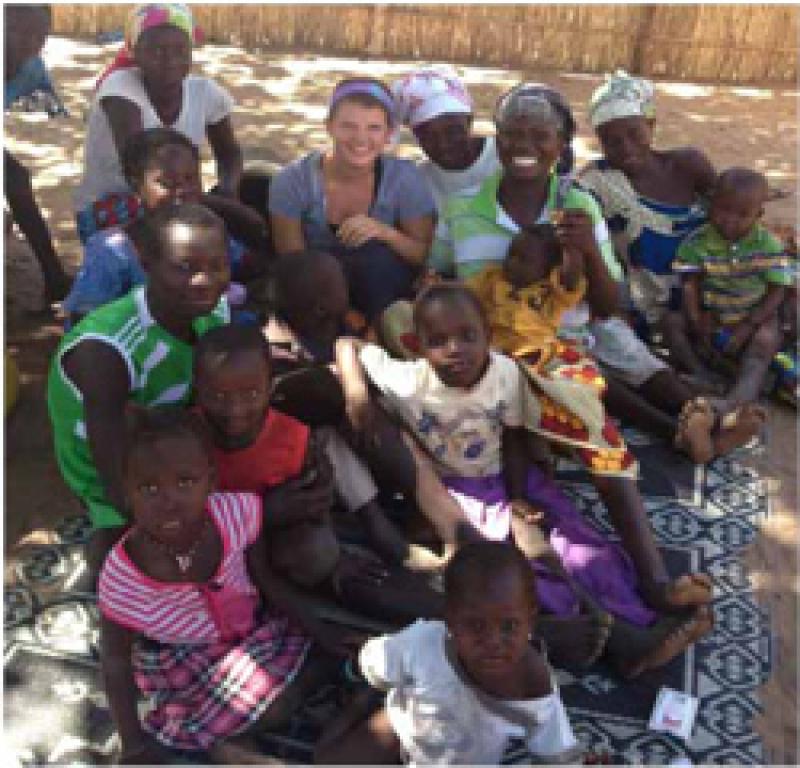 Leslie Minney is a senior majoring in Development Studies and Anthropology. She was awarded a Benjamin A. Gilman International Scholarship. The Gilman Scholarship Program offers awards for undergraduate study abroad. She used her scholarship to fund her study abroad trip to Senegal.

"Through the Minnesota International Development in Senegal (MSID) and awarded funds through the Benjamin A. Gilman International Scholarship, I was allowed the privilege to participate in a semester‐long study abroad experience in the developing country of Senegal. The MSID program is a partnership between the Office of International Affairs at Ohio State University and the Twin Cities Learning Abroad Center of Minnesota University. I was the only representative from Ohio State along for this journey; the other nine students were coming from every corner of the nation to partake in a seven week in‐classroom study of the development of Senegal and a six week fieldwork/internship experience. My experience greatly altered my perceptions of what it means to be an American in a developing country and especially a traditional village, but what I did not expect to experience was the profound shift in the way I define love, family, communication and appreciation for other cultures. 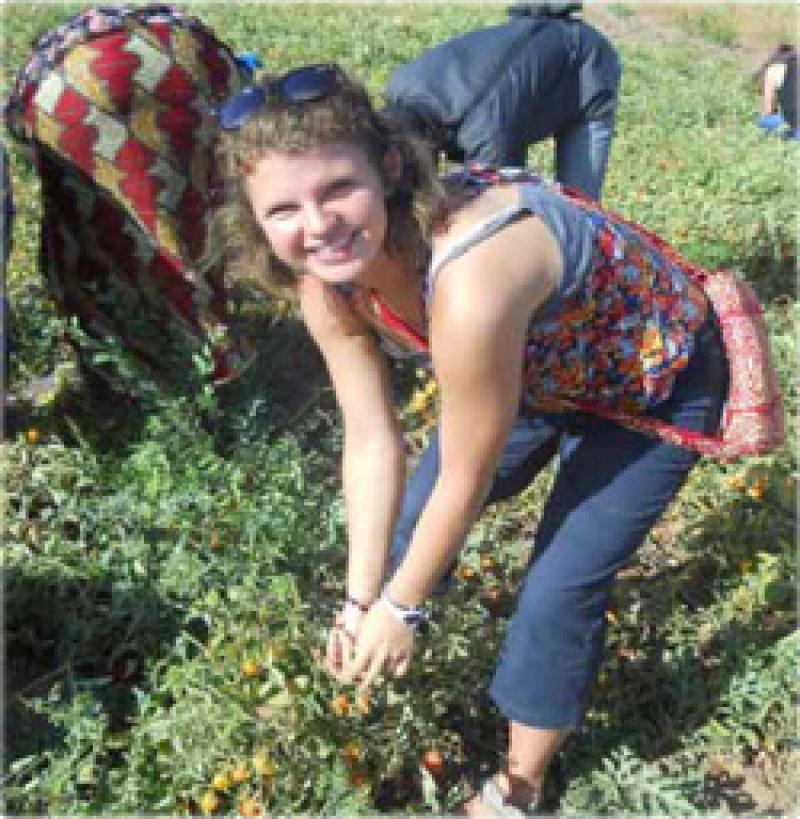 When I had finally completed my 17‐hour transit and was stepping off of my final flight, I immediately felt the coastal breeze from the West African Atlantic hit me and make me start to sweat in my purple cotton sweatpants I was wearing as I left Ohio's January weather. The ten students and I quickly experienced West African's definition of "time" (or lack thereof) as we waited for our ride for several hours at the airport. Once Waly, our program director, arrived to pick us up we were welcomed with open arms and hearts. Meeting my host family in Dakar was my first independent experience of speaking French, the national language of Senegal. I was so eager to speak and test my knowledge of French with my family I did not even unpack until the following night. My daily walk to school in the capital city of Dakar was filled with exhaust pipes, busy people on their way to work, and children asking for spare francs. I walked every morning to attend class and study at the West African Research Center (WARC) at 8am. At WARC, I met incredible professors who had much to say about the country in which they were raised, both in terms of the history of development and their hope for the future.

The MSID program is unique in that you get to choose an internship track based on five options including Cultural Studies, Environment/Ecology and Sustainable Agriculture, Microbusiness and Alternative Economies, Education and Literacy, and Public Health. All courses are taught in French, and one course is taught in Wolof, the tribal language spoken by the majority of the Senegalese. I chose to focus on Environmental/ Agricultural Studies. I had an intensive six week classroom phase with our ever-so-patient and towering professor Diène, and expanded my French vocabulary on topics one does not usually learn in a basic French classroom, such as how to reduce domestic waste water from laundry or dishes, the problem of setting up waste management and trash pick‐ups in rural areas, conserving fishing environments which are so vital to Senegal's export economy, and finding sustainable solutions for flood‐prone areas and the displaced Senegalese. Learning about specific development techniques while one is living and fully present in that country allows for an experience of the underlying cultural barriers to development. We also learned about traditional values, like the Wolof word "maasla," which is the unspoken agreement between Senegalese people to keep peace and harmony in their society, which often means overlooking littering or other detrimental actions affecting the environment. Learning solely in French, picking up a little tribal language and adjusting to the culture all proved challenging and well worth the effort. And my French improved enormously!

Just as our group of ten American students were growing tired of the hustle and bustle of Dakar, it was time for our internship phase. We all piled into a van on the morning after saying goodbye to our first host families, and made a five hour trip outside of Dakar. I was the first one to get dropped off to my new host family, the Diops, who lived in Sessène, Senegal. When I got out of the van, it was hard to distinguish which of the little kids and elders were part of my family; in fact, I initially thought they made up the majority of the village. In the next few days, I quickly realized how large my polygamous family truly was ‐ an approximately 15‐person group made up of 12 sisters and brothers! In this remote village, where my family had no electricity or running water, I was placed in an internship with AGRECOL AFRIQUE, or "Agriculture Ecologique," an NGO represented in 14 regions of Senegal as well as Mali and Burkina Faso, that focuses on the agricultural ecosystem and the sustainability of organic farming within rural villages. Every morning around 8am, I either walked or rode on the back of my coworker's motorcycle (which was extremely difficult to stay balanced on and steer in the desert sand) to neighboring villages, touring the large families' gardens and learning the methods of growing and selling organic food, which in many cases was the main source of income for the family. My family, the Diops, spoke Serrer, a tribal language I had not learned during the classroom phase.

Thankfully, my 15‐year‐old host sister Khady and 20‐year‐old host brother Malick understood and spoke French that they learn in their local school. They were my main source of communication, and as time progressed I grew to understand basic commands in the Serrer language.

I am forever grateful to my family in Sessène, and sometimes when talking to the other nine American students on the trip, I preferred to be called by my granted Senegalese name, "Ndèye Diop." I am forever thankful for my study abroad experience as it has absolutely defined my undergraduate career at Ohio State. There is no doubt it will open doors for my future studies and career aspirations. I came to understand deeply what it means to live in a community and another culture. I grew closer to becoming a "global citizen." I learned how to cook over an open fire (which takes hours upon hours), and I indulged in making and drinking "attaya" tea and eating couscous with my hand. What I was not prepared for was how the culture would cause my definition of love and sharing to alter so drastically, or who I would meet that would cause my heart to ache in joy for them every day since leaving.

The traditional classroom is important and often where a great deal of learning occurs in our society today, but what is more, in order to fully understand, is experiencing first‐hand his/her passion. Although Senegal's developing social, economic and political nation told a story that was sometimes difficult to hear or see, I cannot forget the many hearts I was fortunate enough to come to love.

No matter where your passion and dreams lie, whether it is in volunteering, traveling, cooking or starting a business, I fully encourage you to live courageously, always moving forward and following your heart, to be daring and to live only as you have imagined. It is truly through answering our fears of exploring into the unknown that we are able to experience living fully and to fulfill aspirations!"