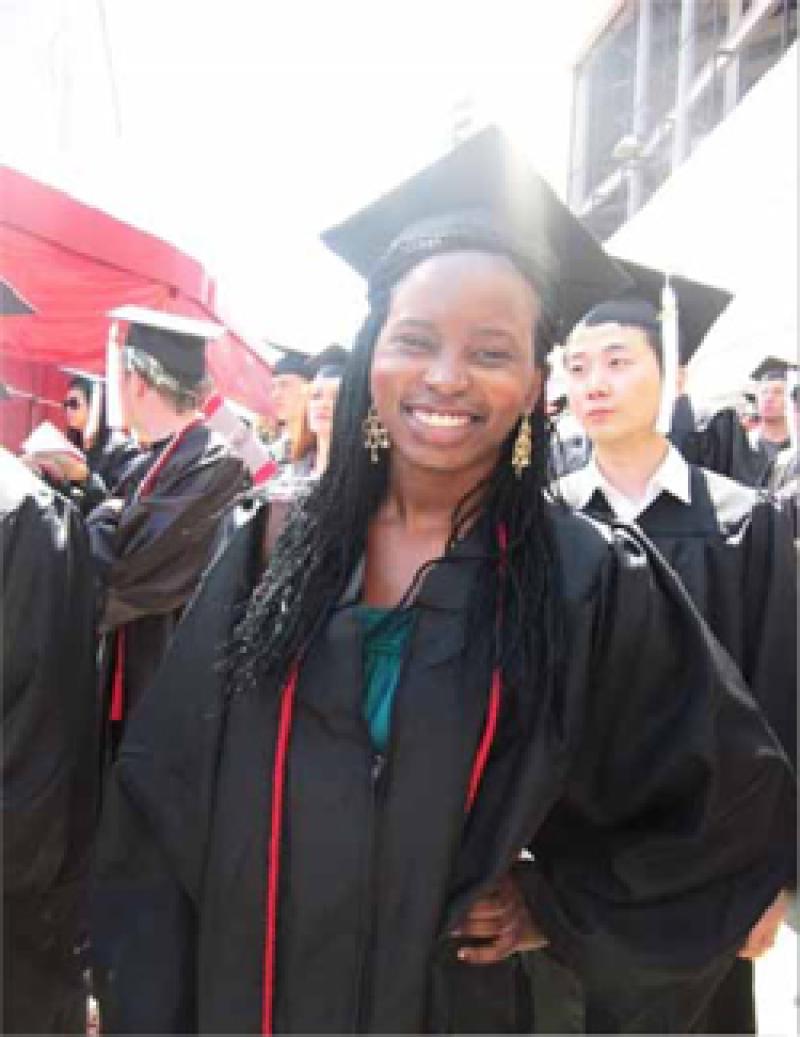 "My upbringing in Nigeria and South Africa led me to major in International Studies and concentrate in International Relations and Diplomacy at the Ohio State University. While at Ohio State, I participated in the John Glenn Washington Academic Internship Program, studied abroad in Dijon, France and volunteered with Buck‐I‐Serv in Belize City, Belize. My plan after graduation was to pursue a graduate degree in International Development & Foreign Policy and then work in the Foreign Service. However, during the last quarter of my senior year, I took an Anthropology Women, Culture and Development course which required a final research project. I decided to write a research paper on tackling maternal mortality and morbidity in Nigeria. It was during this time period that I realized that I no longer wanted to pursue a career in diplomacy but in global health. Thus, after graduating in June 2011, I moved to Washington, DC.

During my time in DC, I had internships with various organizations, including the Georgetown University's Institute for Reproductive Health, International Medical Corps and also worked part‐time with the Global Health and WASH Team at World Vision. My experiences at World Vision, Georgetown University's Institute for Reproductive Health and International Medical Corps enabled me to gain experience providing research assistance for Requests for Applications/Proposals, writing proposals, reviewing program narrative reports, and working on global health projects funded by donors such as DfID, the Global Fund, USAID and OCHA.

In April 2013, I was offered a position at the U.S. Agency for International Development in Washington, DC. I work as a Program Assistant supporting the President's Malaria Initiative in the Global Health Bureau. The President's Malaria Initiative aims to reduce malaria‐related mortality in 70% of at‐risk populations in sub‐Saharan Africa. I provide programmatic and operational support to the PMI headquarters team and also support the Democratic Republic of Congo country team.

In the future, I hope to pursue a Masters of Public Health from the John Hopkins Bloomberg School of Public Health and also become a midwife. I am an advocate for women's health locally and globally. I strongly believe that every woman despite her age, geographical location, socioeconomic status and ethnic background should have access to quality and affordable maternal health services. I still have a heart for diplomacy—global health diplomacy!"