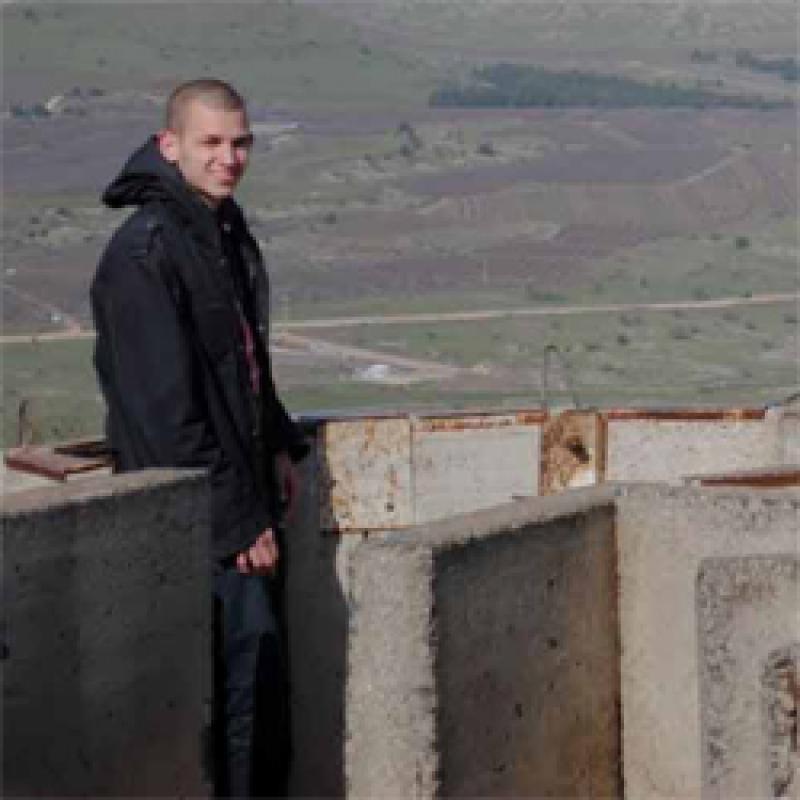 Jason Silverman is a senior majoring in Middle East Studies and Hebrew. He had the opportunity to teach English in Israel. Here is his story.

"In 2011, after making my first trip to the Middle East, I developed a great desire for learning and gaining an understanding of the region, its culture, and its people. I then decided to pursue a Bachelors degree in Middle East Studies and Hebrew with the hope of gaining experience and knowledge to make my interests my career as well. Studying abroad was a great interest of mine and I felt that it was necessary to acquire firsthand experience of my studies in order understand in a deeper way. Thanks to the program coordinators here at OSU I was able to find a perfect program for the pursuit of studying the Middle East and the Hebrew language. That program was in Israel, not in the frequently chosen city of Jerusalem, but Haifa, located on the northern Mediterranean coast. Haifa is a port city with a very diverse population of Arabs and Jews, Christians, Muslims, Druze, secular and religious, and those belonging to the Bahai faith. The program took place on Mount Carmel at the University of Haifa where my studies consisted of Middle East studies, ranging from the politics of the region to the culture of the various social groups present in Israel and the Middle East. I also studied throughout the academic year in intensive Hebrew language courses called Ulpan that challenged me greatly and forced me to utilize my Hebrew skills daily.

I lived in the dorms of the university and had the privilege of being assigned to all Israeli roommates. They all came from different social groups within the country; one coming from an Arab Muslim background, another from an Arab Druze community, two from Russian Jewish families, and the last from a Tunisian German Jewish background. This allowed for great cultural experience and learning, and the unforgettable conversations we engaged in concerning issues within the society, politics, and discussing the various cultural norms that exist between us. This experience alone was invaluable and greatly attributed to my further understanding of Israel, that co‐existence does exist and it can be obtained. Throughout the year there were educational trips and tours around all of Israel. These included the ancient city of Jerusalem, the Golan Heights, the desert in the Negev, the southern city of Eilat, and more. This year was full of unforgettable experiences and my horizons were broadened. I will be able to use this gained experience here at home and, therefore, am able to approach existing issues in the Middle East with a unique, and informed, perspective. Thus far, this was the most important and influential year of my academic career."