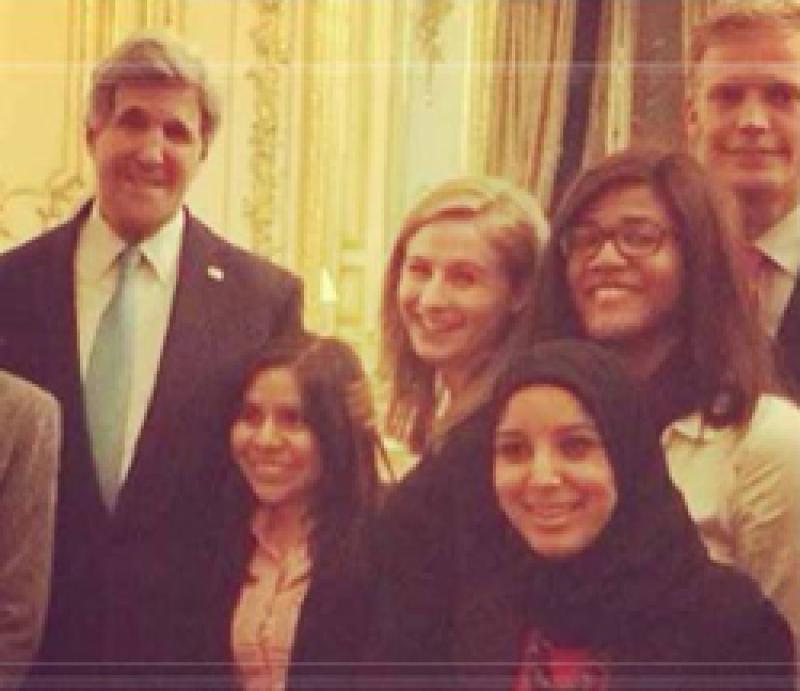 Anna Young graduated in Spring 2014 with a major in Political Science and a minor in International Relations & Diplomacy. She was chosen by the U.S. Department of State for an internship at the U.S. Embassy in Paris, France during Spring 2014 semester.

“This spring I had the amazing opportunity to intern at the US Embassy in Paris, France as the polical affairs intern. This meant not only was I able to work at my dream job, but I was able to do so with the Eiffel Tower staring back at me from my office window, and it was honestly the best three months of my life. I was able to see some of the most important diplomats in the world including the Qatari and Russian foreign ministers, the UN special envoy to Syria Lakhdar Brahimi, the US representative to the UN Samantha Powers, and even got to meet the US Secretary of State John Kerry. I got to see, read, and do so many things I would have never thought I would have gotten the opportunity to do and met some of the best and most inspiring people along the way.

I learned about this internship through the Diplomat in Residence that came to campus to talk about the State Department Pathways Program internships and I thought it sounded like something I would enjoy. I went ahead and applied, thinking there was no way I would get the internship but thinking I had nothing to lose. The application process is a little stressful because the application is only open for a month, but you just have to fill out a separate USA Jobs resume (which I would recommend doing before the application opens because you can start on your resume whenever) and write a statement of interest, along with the standard application questions. They then ask you for three regions of the world and two sections you want to work in. I didn’t even apply to the political affairs section even though that’s where I ended up at, which I am now grateful for because I really felt like any of the other sections I wouldn’t have enjoyed as much.

My internship was nothing like I had expected and my supervisors treated me like just another colleague. Being the intern, I was always the first to beasked to do the small tasks, like getting coffee for visitors, filling the water glass for John Kerry during his press conferences (which to be honest, I actually really thought was so exciting and every time I see a picture of that press conference, I am always so proud of my water pouring skills), and escorting various people to various rooms, but I was also tasked with some of the more interesting things as well. For example, I was able to tag-along to meetings with diplomats and politicians from around the world and discuss things like the French‐Mali Defense Agreements, antiterrorism, and the French municipal elections. I also got to do a lot of stuff independently, such as meet with nongovernmental organizations that work in refugee camps around Syria or go to conferences about claims of torture in Syria and then was asked to write confidential cables on these subjects. The best part about all of this was that, when the work day was done, I would walk over to the Louvre or grab a crêpe and hang out on the steps of the Trocadéro with the other interns and watch the Eiffel Tower sparkle on the hour.

Of course, being immersed in a different country has its challenges. As someone with a minor in French, I thought I was equipped to deal with the language barrier but I quickly realized that the French they teach you in American schools is nothing like actual French spoken there. The first couple of weeks I was there I had no idea what anyone was saying to me and ended up ordering a lot of food I did not want because I had no idea what the waiter was asking me. I also am pretty sure that I answered a lot of questions completely wrong and made a fool of myself plenty of times by just answering “oui” to something that was not a yes or no question But, by the end of my time in France I was starting to think in French and felt I had a much better grasp of the language than I had when I first arrived. 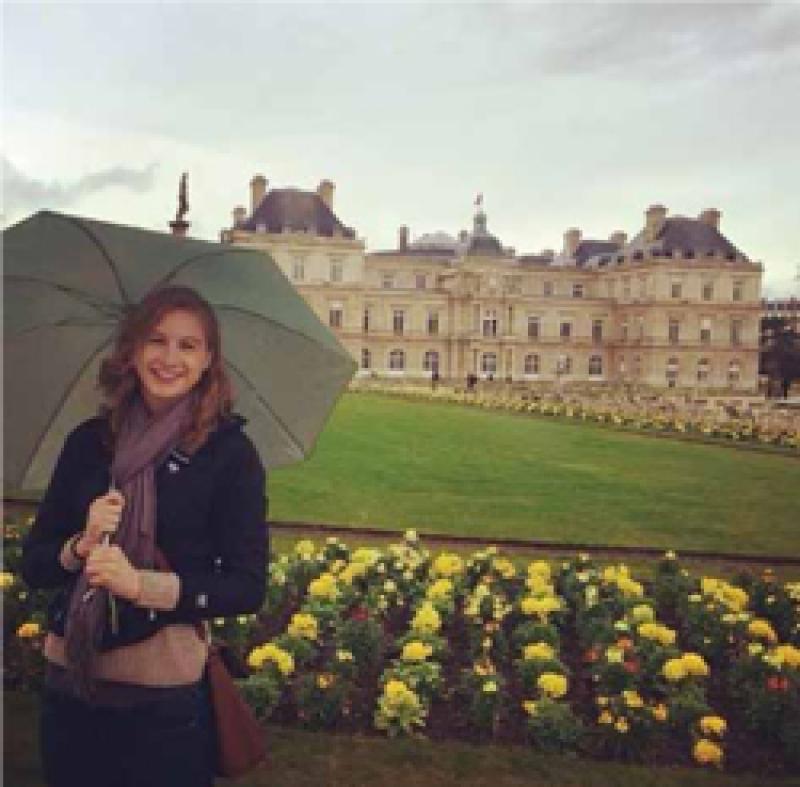 I also learned so much about myself as well. One of the things I was dreading about interning was having to network. As someone who can be quite shy, especially around big groups of people, my biggest worry was that I would end up shying away when I needed to be mingling. Thankfully, I worked with some of the nicest and friendliest people I could have imagined and talking to them came so easy to me. I made a lot of contacts and a lot of great friends as well with the other interns. It has made me so much more confident in talking to people and networking. Another problem I was worried about was just living in a foreign country by myself, so far away from what I knew. As someone who has a terrible sense of direction and who has never been outside of the United States, basically my entire family and anyone that knew me, including myself, had been worried that I would get horribly lost and have no idea where I was at 11 o’clock at night in a foreign country....which happened many times. But somehow I managed to find my way back and ended up knowing the city a whole lot better because of it. I learned that I am actually perfectly capable of living on my own and being independent, which was something I needed to feel okay with before I graduated this semester.

Overall, this internship ended up being one of the best experiences of my life and I feel so lucky that I got the opportunity to be in such a beautiful city, surrounded by new friends, and doing what I love. I now feel like I have some really great experiences to not only talk about on my resume that will better prepare me for future endeavors but ones that I will always remember. “