Sara Santiago is a junior majoring in Development Studies and Geography. She spent the last part of Spring quarter with Prof. McSweeney in Honduras working on her thesis research.

"A dramatic landing in Tegucigalpa, capital of Honduras, was just the beginning to one of the most challenging and awe-inspiring adventures I have ever had. Approaching the city from the Caribbean coast, the landscape is mountainous, rugged, and tropically forested with, at the same time, rather dry meandering rivers. Smoke rose up from the rainforest, a product of slash and burn agriculture. This landscape turns to farms closer to the urban center. The city itself lays lowly nestled among rigid hills. Suddenly, the short and surprising runway appeared beneath us after taking a giant turn and drop.

I joined Dr. Kendra McSweeney and PhD student Zoe Pearson of the Geography Department as a third year undergraduate majoring in Geography and International Studies last May in a research project to take place in the heart of rural Honduras. Our goal was to study how indigenous people are affected by and react to climate change in the Honduran rainforest. Through this research endeavor, I aimed to gain field experience, immerse myself in Latin American culture, and ultimately write an honors research thesis on the role of the dugout canoe, or pipante, in an area where life on the river is central to indigenous life.

We began our month-long journey speaking with organizations and officials in Tegucigalpa about the current political-economic and environmental climate in Honduras, especially in relation to the indigenous groups Miskitu and Tawahka native to the eastern Mosquitia region. From Tegucigalpa, we made a four-day journey to the Tawahka communities located along the Patuca River in the Tawahka Asagni Biosphere Reserve in order to hold community meetings and complete household surveys. Some of our travel was made in trucks across the country, including forested and barren landscapes as well as driving along the beaches of the Caribbean until reaching the Patuca River where we made our way up the river in a pipante.

This trip introduced me to an entirely different reality than ours in the United States, or what most people experience when they travel. Honduras has experienced a wide range of problems: the aftermath of devastating Hurricane Mitch in 1998, a coup d'etat against their democratically elected President Manuel 'Mel' Zelaya in 2009, climatic variability, land grabs in indigenous territory, and most recently the threat of an impending mega-dam project proposed by a Chinese dam builder and bank. 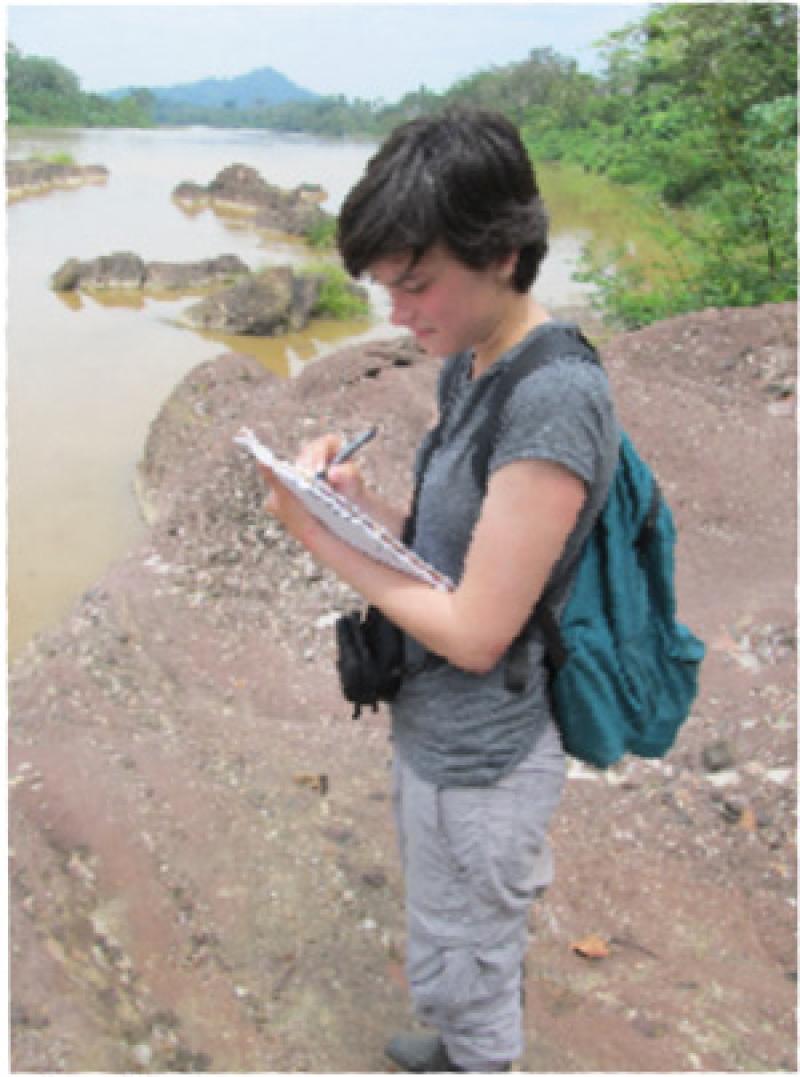 The proposed dam came to the forefront of these issues during our time in Honduras. Intended as a development project, the enormous 104MW hydropower dam called Patuca III, which is to be followed by dams Patuca I and II, is not meant to provide electricity to remote indigenous communities, but to provide energy for urban centers and for export to Central America. It would also forever alter the flow of the Patuca River. The Patuca River runs through the middle of Tawahka territory. Thus, these dams would destroy ecosystems, subsistence agriculture located along the river's floodplains, threaten the lives of fish, iguana, and turtles that are part of Tawahka diet, and cut off the Tawahka villages from one another. With a further lowered river, the people will be unable to propel their canoes up and down the river, completely disrupting their trade, communication, and transportation systems.

The Patuca Dam Project has been in the making for decades, but has been thwarted by indigenous movements against dam construction. Yet this time, the Honduran government and Chinese companies are not providing information to the Mosquitia about their plans, and the indigenous groups are at a severe political disadvantage under the current administration to speak out against the dam.

In my research, I did not expect to encounter such a tense situation. We visited the proposed dam location at the beginning and at the end of our trip, witnessing the media campaign the government is running to gain support for the dams. Professor McSweeney, who has worked with the Tawahka since the mid-1990s, has earned great trust from them, and so they shared their concerns for their livelihoods and culture's survival. There is a great battle ahead.

Now that I am back to my reality at Ohio State, which feels like a world away, and working with Professor McSweeney and Zoe on our research, I am focusing my thesis on the so-called development project of the Patuca Dams. I am greatly appreciative and excited to be working with two geographers who so clearly understand the Latin American landscape and can translate that into meaningful research. But beyond our writing, it is necessary to continue working on this issue as much as possible from home.

As a leader of Oxfam America at Ohio State, a student organization that works for lasting solutions to social justice issues, I am working to integrate nonprofit Cultural Survival's campaign against the Patuca Dam Project into our Oxfam campus campaign. Anyone interested in working with us in solidarity is invited to sign and mail a letter to current Honduran president Señor Porfirio Lobo Sosa, which can be found on Cultural Survival's website. This experience has taught me the importance of immersing oneself in another culture to learn its intricacies and to, in turn, be aware of international affairs and how we have a voice in influencing them. I have confidence the Ohio State community will too lend its voice in such social justice issues."