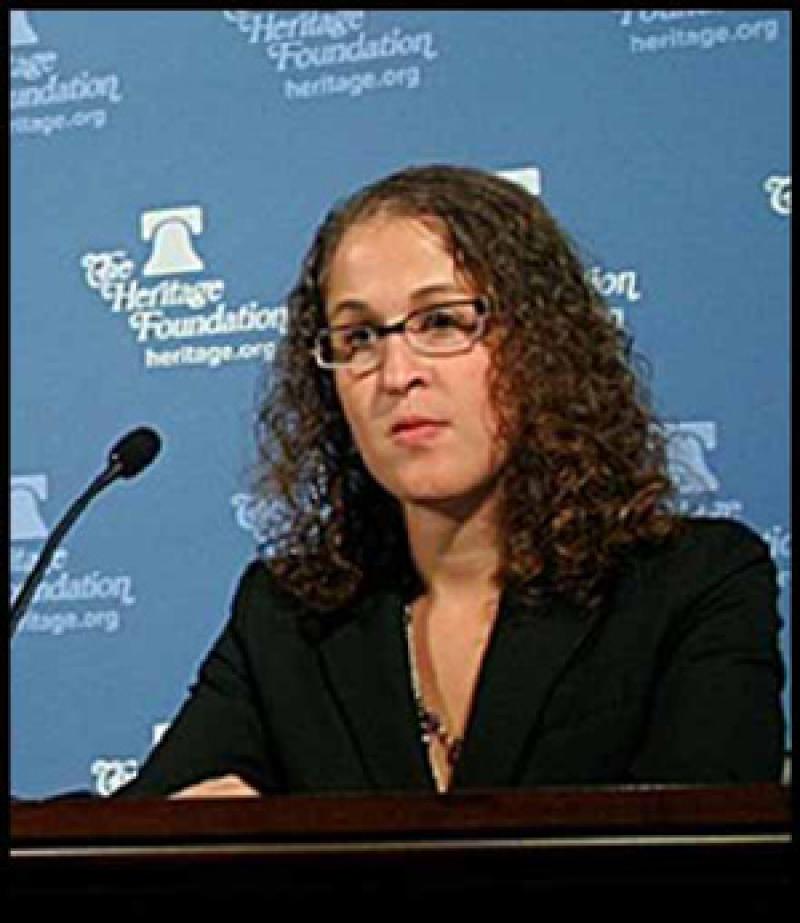 Jessica Zuckerman studies homeland security, with a concentration on Latin America, as a research associate in The Heritage Foundation’s Allison Center for Foreign Policy Studies.

Zuckerman researches and writes on issues such as border security, counterterrorism, immigration reform, democratic institutions and the rule of law. A contributor to research papers as well as posts on Heritage’s rapidresponse blog, the Foundry, she also appears on radio and television programs and in print media.

Before joining Heritage in 2009, Jessica was assistant to Matt A. Mayer, a Heritage visiting fellow and former Department of Homeland Security official who is president of an Ohio‐based firm that consults on public policy. She helped research his book, “Homeland Security and Federalism: Protecting America from Outside the Beltway" (Praeger Security International, 2009).

Zuckerman received a master of public administration degree with an emphasis in federal policy from George Washington University in 2011. She also holds a bachelor of arts degree in Spanish and international relations and diplomacy from Ohio State University. She is a member of the Phi Beta Kappa Society and Alpha Epsilon Phi. (source: Heritage.org).

"After graduating from Ohio State in March 2009 with a BA in International Studies and Spanish, I left Columbus to move to Washington, D.C. The idea was to move here to attend graduate school at George Washington University, but the world seemed to have other plans for me. I had interned in D.C. the summer before, and when I ran into my old boss he rather spontaneously offered me a job. And the rest was history. I have been at The Heritage Foundation now for a little over three years. Today, I am our Research Associate for Homeland Security and Latin American Affairs, working on issues such as counterterrorism, immigration, and border security. I didn’t forget about graduate school either. After deferring my enrollment for a semester, I began studying at the Trachtenberg School of Public Policy and Public Administration at George Washington University, ultimately receiving my Masters in Public Administration with an emphasis in Federal Policy earlier this year."