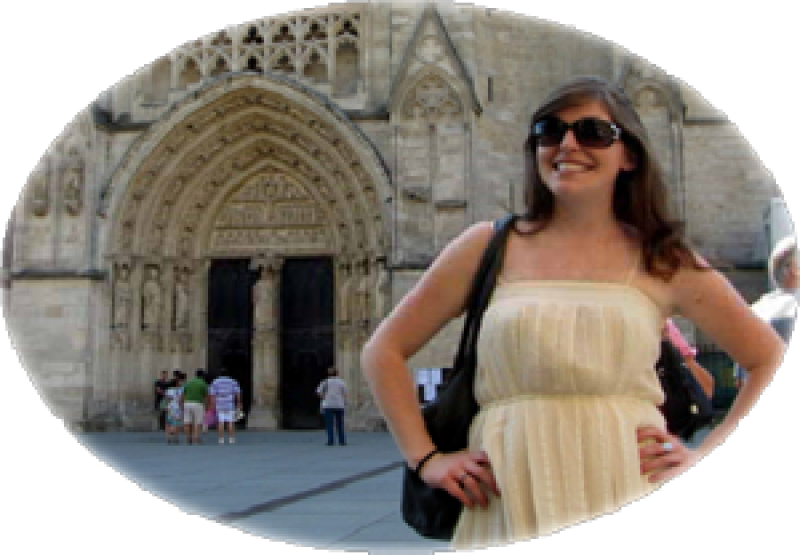 "About three weeks after I had just returned to the US from a semester abroad in Dijon, France, I received an email from the International Studies department concerning internships with the State Department. As an International Relations & Diplomacy and French major, I was very curious to learn more. I did some research on the State Department website and decided that this was something I'd love to do. With only two weeks until the application due‐date, I hopped on usajobs.gov and quickly filled out the application, spending most of my time piecing together my personal statement (the most important part of the application). Admittedly, I did not expect to get an offer with such a short time to prepare the application, especially when I learned that thousands of students apply for these internships each semester. However, about two months after submitting my application, I received an email offering me an unpaid State Department internship at the American consulate in Bordeaux, France! This came as a huge surprise considering I had chosen Washington D.C. as my preferred internship location, but that simply goes to show that in the State Department, you never know just where you'll go!

When I began my internship at the consulate, I was surprised to see that it was a small office with only three employees: The Consul and two other colleagues who deal with public and cultural affairs. However, this made for a wonderful experience for me because I was able to fully participate in all consular activities. Some of my duties included writing grants for the consulate, helping to plan an event with a French journalism school for the US presidential election, and even planning visits for the Ambassador! The latter was truly the highlight of the entire internship. Having the opportunity to accompany the Ambassador during his visit to Bordeaux was truly a once in a lifetime experience. I even got to meet the Prince of Luxemburg! All in all, this internship has proved to be one of the most beneficial experiences I have had during my time at Ohio State. I have learned how a consulate operates on a day‐to‐day basis. I have seen how a consulate must work carefully with both American and foreign organizations and the challenges that sometimes arise as a result. Most importantly, I have learned what it takes to work in the Foreign Service and have seen firsthand the dedication of those who work within it, particularly during the attack in Benghazi on the American consulate that occurred only two weeks after I began the internship.

For those who are interested in a State Department internship, I would highly recommend applying for one! Speaking a foreign language helps immensely for those wishing to be posted abroad, but there are also internships in many English‐speaking countries such as England, Ireland, and Scotland to name a few. For those wanting to stay within the United States, the majority of State Department internships are located in Washington, D.C. Above all, the most important part of the application is the statement of interest, often determining the type of internship and location an applicant will be offered. It is important to put the most time and effort into it in order to fully describe the reasons for wanting the internship, as well as why you would be a good fit for the position.

I cannot stress enough the benefits of a State Department internship abroad. Having this internship on your resume shows that you not only received work experience in the Foreign Service, but that you are capable of being independent in a foreign country and adaptable to any situation. As a soonto‐ be graduate of The Ohio State University, I know that this internship will open up many doors that may not have been available to me otherwise. Most importantly, I gained a better understanding of the Franco‐American relationship and the challenges faced daily by Foreign Service members to ensure that this relationship continues. It is extremely fulfilling to know that I was able to contribute firsthand to this relationship, and that this experience will no doubt allow me to continue doing so in the future!"