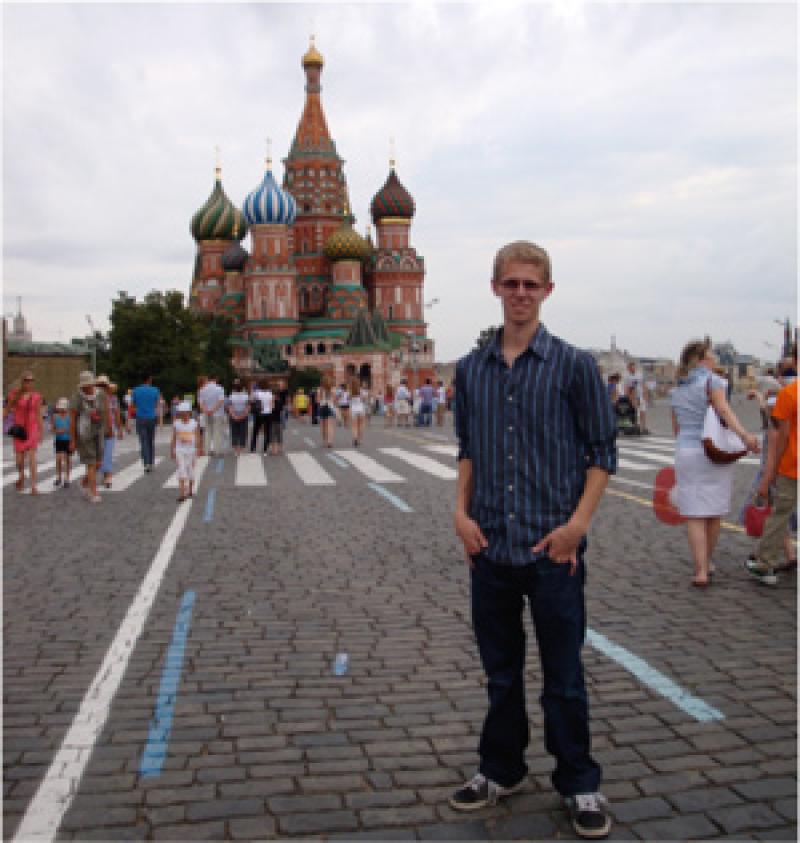 David Agranovich is a junior majoring in Security & Intelligence and Political Science.

"In my first year at Ohio State, I was inspired by President Gee's goal that every Ohio State student would have a passport. Though I had travelled as a tourist before college, I vowed that I would make use of the opportunities available to me through my university to travel and study abroad. This summer, I was immersed in an intensive Russian language program in Vladimir, Russia as a US State Department Critical Language Scholar. The CLS program provided an all-expense-paid two-month academic program and home-stay in Vladimir, including excursions to surrounding cities. With the assistance of an Honors Collegium grant, I was able to augment my travel with excursions to neighboring cities and events that helped connect me with the Russian people and achieve my cultural and language goals.

My first challenge upon beginning the program was transferring my Russian skills—entirely learned in an academic setting—into everyday life. Complicating this was the fact that, outside of the program, I had no English-speaking contacts to rely on for translation, guidance, or simply emotional support. I was delighted to find that I could quickly adapt to the most apparent cultural differences, and found myself enjoying the solitude and silence that dominated public venues—the bus, trolley, and malls. At the same time, I was amazed at the warmth and hospitality of my quickly-increasing Russian friends, and how strongly their demeanor changed as we grew closer. 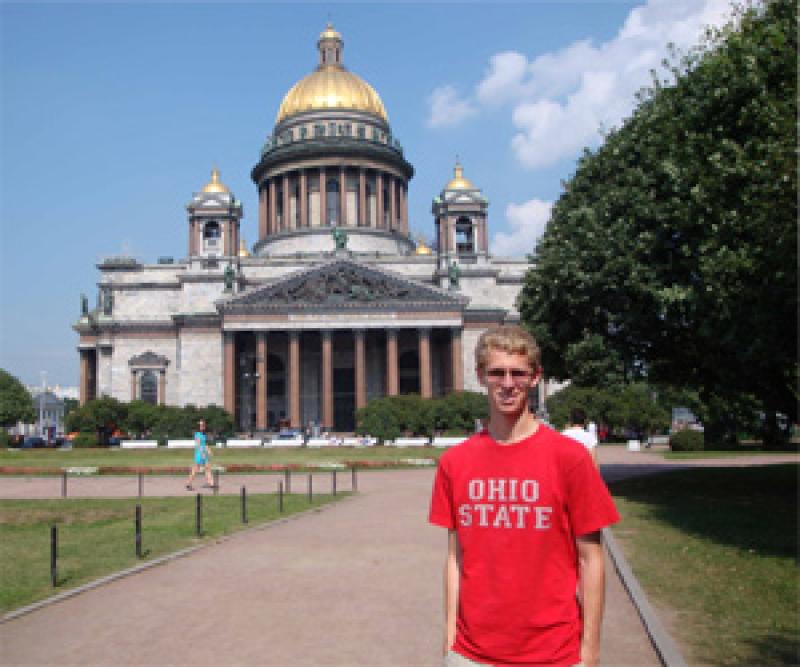 My greatest takeaway from the experience was realizing that, while I had gained a proficient grasp of the Russian language, I had also acquired a new way of thinking, built upon my interactions with friends and colleagues in Russia. Finally, and perhaps most powerfully, I realized the value of the friendships I made—many of which had begun with little to no ability to communicate verbally. I learned the debilitating and vulnerable feeling of being unable to explain my wants, needs, and desires—as well as the thrill of successfully figuring out how to get what I want in an adopted tongue.

My travel throughout Russia enhanced my language ability (as only arguing with a Russian train attendant can) but also opened my eyes to a different reality of the country. I had travelled to Russia as a tourist two years prior, yet my newfound ability to connect with Russians and blend into the residents meant I got to see a distinctly Russian (and non-touristy) side of the country. Churches meant much more when I could ask the elderly attendants to tell me their stories about the church, and museums took on an entirely different texture as each room's assistant regaled me of their feelings and opinions of the displayed exhibits.

I returned to the United States with advanced proficiency in Russian and a strict exercise regimen, courtesy of the Russian love for mayonnaise, sour cream, and butter – but in truth, I had gained far more. My time in Russia allowed me to examine myself as a student, as well as accept an entirely different lifestyle and culture. I hope to return soon, as well as to apply my newfound language and cultural skills to my existing work and coursework at Ohio State."