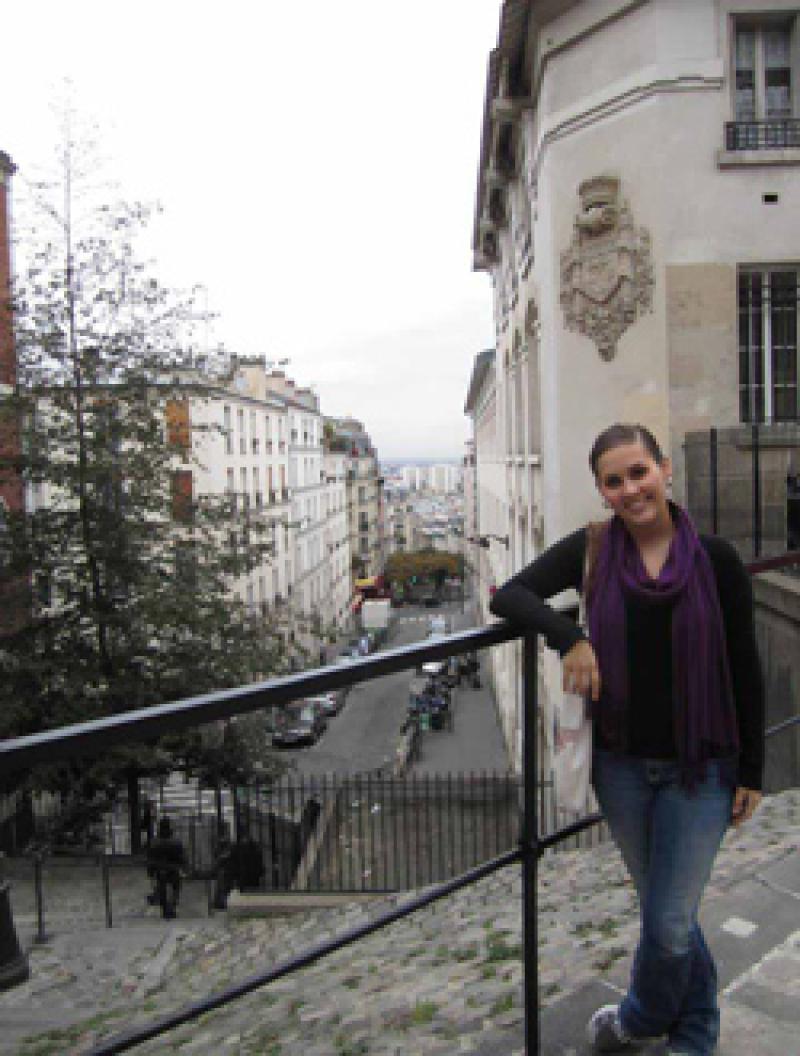 Sara Fries graduated in Summer 2011. She completed a double major in International Relations & Diplomacy and French. During her last quarter at OSU she participated in the Washington Academic Internship Program through the John Glenn School of Public Affairs.

"I was the Development Intern for Citizens for Global Solutions, a nonprofit that focused on international cooperation to solve global problems (UN funding, Law of the Sea Treaty, Human Rights, etc). My main responsibilities were to identify potential funders, research their funding priorities, send them letters of inquiry, and eventually get them to support CGS.

Currently, I am teaching English in France. I live in Saint-Dizier, which is in NE France, about two hours east of Paris by train. So far, I've led conversation lessons on topics such as Thanksgiving, Martin Luther King, Jr. Day, American high schools, stereotypes, and music. I love my students and it's been a lot of fun. The only thing I would change is the city-- Saint-Dizier has a population of about 25,000 and there's not a whole lot to do, but I've adjusted and I'm making the most of it."