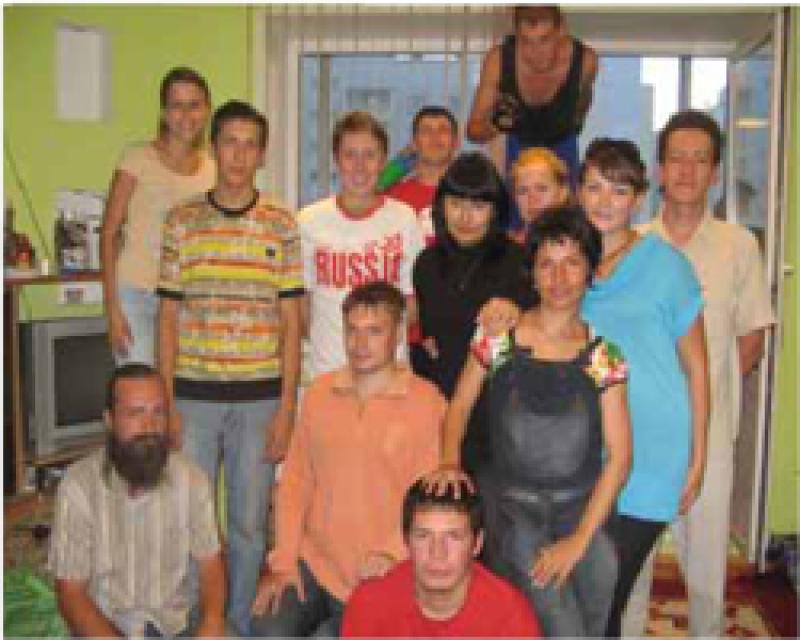 Eric Connelly is a senior majoring in Globalization Studies and Russian. He was awarded a Foreign Language and Area Studies Fellowship (FLAS) from the Center for Slavic & East European Studies for the 2013‐14 Academic Year! Here is his FLAS application statement.

"My academic interests have been shaped by those whom I have gotten to know over the past six years. After my freshman year at Columbus State I took some time away from school to teach Outdoor Education for the YMCA and other organizations around the country. As part of these experiences I lived and worked with individuals from many cultures and came to strongly value the diversity among people both at home and abroad. International exchange programs like CCUSA improved my knowledge of life abroad and honed my interest on the ways our lives continue to become more interdependent across borders. Greater awareness of this inter‐dependency helped foster within me a passion to further understand the connections among people living in what is an increasingly more connected world.

Several co‐workers with whom I became closest are from Russia, and I became enraptured with the difference between their accounts of life there and my own preconceived notions. While continuing my work in Outdoor Education I studied Russian independently for two years before entering Ohio State. During that same time I traveled to Russia twice, each visit lasting two months and consisting of stays in Moscow, St. Petersburg, Tyumen, and Tobolsk. I was immersed in the language and culture, with few people to communicate with in English. I received very warm welcomes from many who had never met an American before, and I remain friends with those I met to this day. During my stay we often exchanged language lessons and for a short time ran a club which we called 'English Alive!' within which those interested in English could practice with me alongside Russian conversation. My studies at Ohio State have allowed me to more strongly communicate with my friends abroad.

As a Globalization and Russian Language major at Ohio State I get to study in an interdisciplinary fashion the many ways people all over the world are becoming connected. The emergence of a global society is particularly interesting to me, as are the differences that remain between nations. Language, as both a difference between cultures and as a communication tool, can be like a key to overcoming the hindrances of cultural misunderstanding. I have always admired those with the ability to understand foreign languages and my study of Russian has been a very enriching experience. Russian has consistently been my favorite course each term and my Slavic culture courses have also been enlightening and enjoyable.

Upon graduation I hope to gain experience teaching English abroad through Fulbright or a similar program. I also plan to attend graduate school in pursuit of further studies in Slavic culture as well as a Master's of Education. Ultimately I would like to pursue a career which allows me to promote the type of cross‐cultural exchanges I and my international colleagues were fortunate enough to experience. A Foreign Language and Area Studies Fellowship would allow me to further explore my interests in the process of globalization and improve my ability to communicate across cultural and national borders. As we become more connected we should be able to promote acceptance by improving our understanding of others. The support of a FLAS would allow me to continue striving for that ideal."