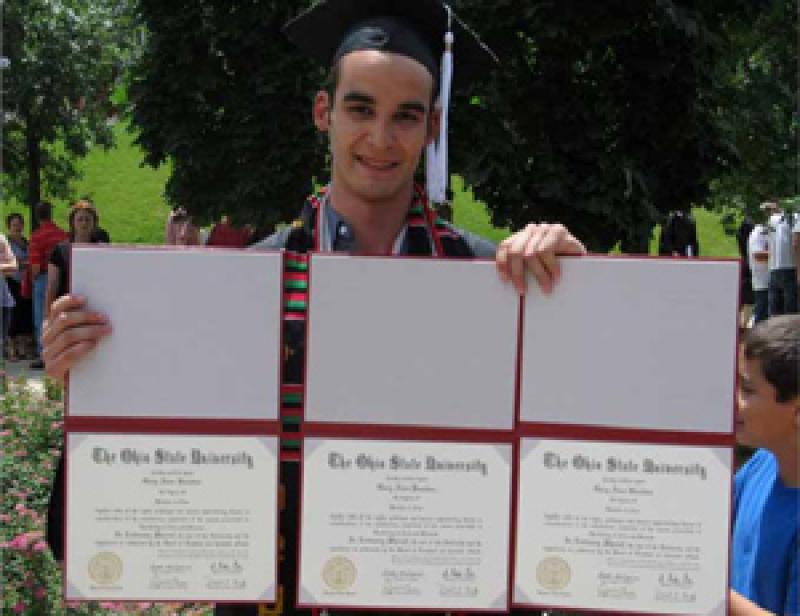 "I once spent a summer working in a car factory in my hometown. It was the summer between my freshman and sophomore years at Ohio State, and you had better believe I was happy with the money that was coming in. Once school started back up though, I realized that while I had spent those hot Ohio months covered in sweat, pushing racks of exhaust pipes and balancing a Bio 101 class at the OSUDelaware branch before the night shift every day, some of my classmates had gone off on amazing European vacations, interned with Senators or spent the summer taking film‐making classes at prestigious arts colleges. I was a little miffed. I can remember filling out application after application for jobs and internships in New York, Washington, Columbus (!)—you name it. Nada. Luckily, this was before the autoindustry tanked and I could still save my summer with a second‐shift summer job at Marysville's Honda plant. I'm not even sure they still offer those jobs to students anymore.

I start with that little story not to complain about where I come from, but to relate to the rest of us who don't have a shoe in the door, a Congressman as an uncle or the opportunity to perfect our French on family trips to Paris every winter. Not everyone of us is fortunate enough to have these things – but if you are reading this, chances are fair that you are in a position to fight your way there. I came back to Ohio State after that summer and graduated Summa cum Laude three years later with three separate BAs in Russian, French and International Relations with a Minor in Economics. The total credit hours were something like 378 out of the 181 needed to graduate, (after the switch to semesters I believe the total has gone down to an adjusted 253.26—whatever .26 of a credit hour means). With grades like these, I was able to get a few internships while I studied. I interned part‐time for US Senator Sherrod Brown in downtown Columbus, I translated Spanish media for Mondokio News, interned with Ohio Homeland Security and even spent some time as a Foreign Leader Analyst in nearby Hilliard during my Junior year (I had a car for that one). 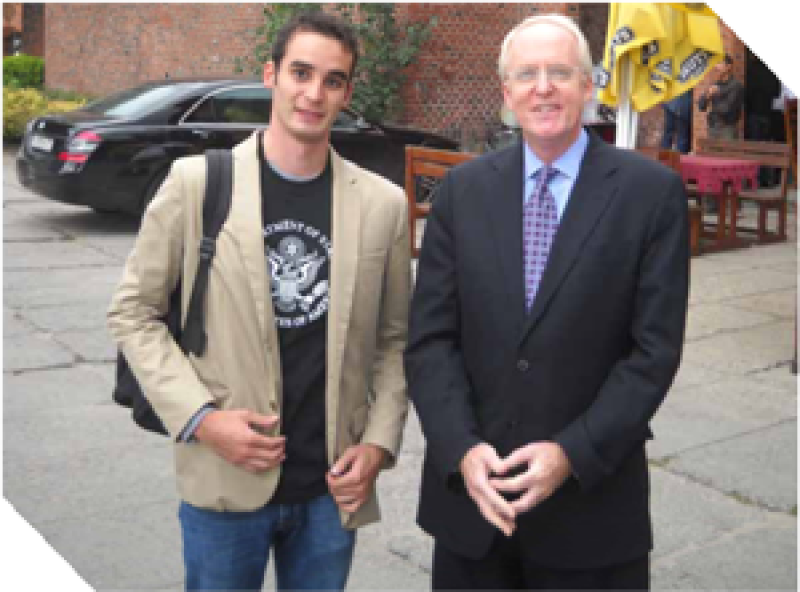 How did this happen to me? How does a kid go from working in a factory to interning with a US Senator or at the US State Department like I did the summer after graduation? I guarantee you that I'm no smarter than you are and if you have read this far, then you certainly have a greater attention span than I do. I didn't even come from a swanky private school with a winning football team (sigh). And I'm definitely not particularly gifted or intelligent. What I am, though, is a middle‐middle class worker. I work hard. I go to bed later than my room‐mates. I wake up earlier than they do, and I make my education and grades a priority. That's where it starts. That's how you get those internships that lead to jobs. If you don't have a foot already in the door, you make one.

You read the books, you get the grades and you work at it. Interviewers can see if a person is a hard worker—you don't need to wear a sign on your back saying it—just be you and do your work (whatever it might be). Unless you were born with a fancy last name, no one is going to send you a magical email offering you that internship you've been drooling over if you haven't earned it first. You need to put your time in. Build your resume: get the grades. You know this. 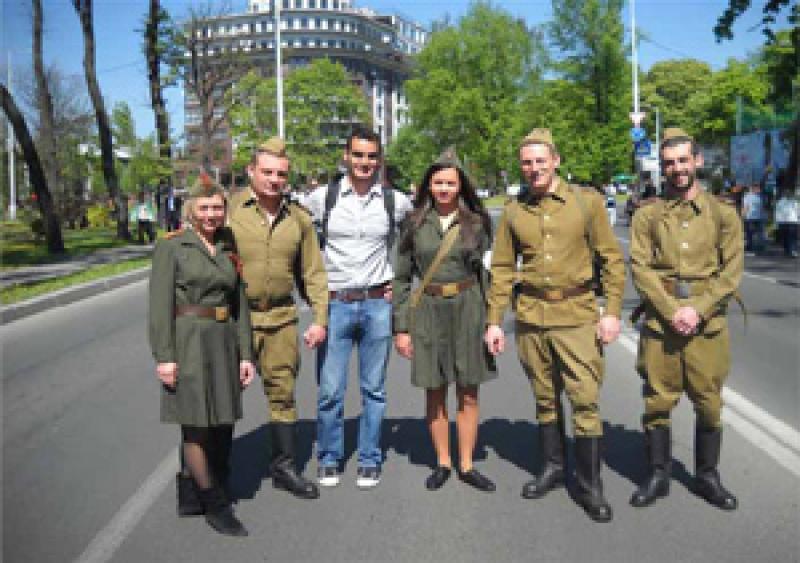 Since graduation, I've completed an internship with the US Ambassador to the UN, completed a Fulbright English Teaching Fellowship in Russia and begun my first year at Georgetown University's worldwide top‐ranked Master of Science in Foreign Service Program (MSFS) in Washington, DC. I intern part‐time with the US Agency for International Development as an e‐Intern. I work part‐time at the McDonough Business School and haven't missed watching a Buckeye game all season. But I still think back to one special moment that reminded me how special Ohio State is. During the only campus visit I made as a highschooler to OSU (I only applied to one school), one of the speakers talked about Ohio State's size. "Yeah its big," he said, "you can really get lost in here."

Other universities were smaller and like small boats, easy to maneuver. Ohio State on the other hand, "…is large and clunky like a battleship. But believe me, she is one hell of a battleship." I don't remember who said that, but it always stuck in my mind. You're in the right place. Get up. Start reaching for what it is that you joke with your friends about. That thing you've convinced yourself that you can't do because you aren't so‐and‐so's kid or because you aren't smart enough or good enough. The first person to convince is you."