Jacob Bogart is a junior majoring in Globalization Studies and French. This is his junior year abroad story!

"All throughout high school I knew I wanted to study abroad my junior year of college. Both my parents and my sister had studied abroad, in France and England, and I had grown up knowing that it was something I would eventually do. However, I never expected that my year abroad would involve research, two internships, and a presentation at an international conference! Wait, I’m getting ahead of myself—let’s start at the beginning. 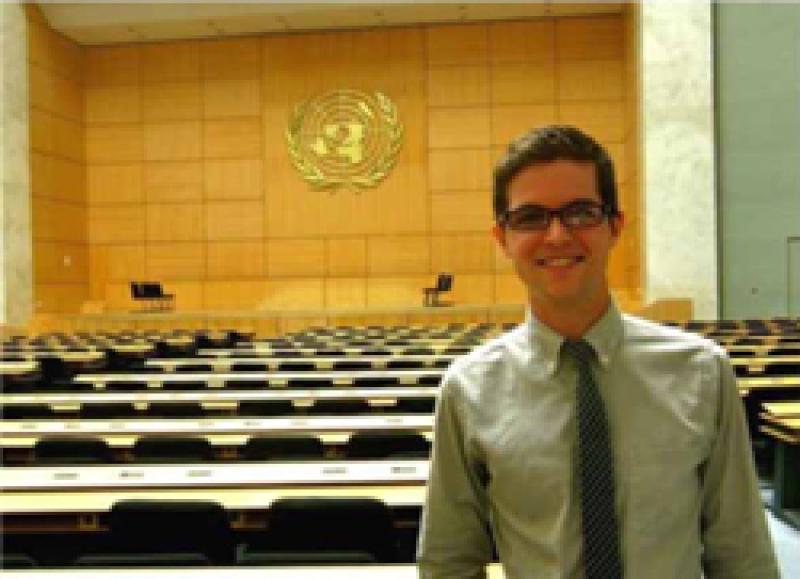 Last Winter I contacted Dr. Terri Teal Bucci, a professor in Math Education at Ohio State who founded the Haiti Empowerment Project, and asked her for advice on how to conduct research in Haiti. She invited me to accompany her and a group to Haiti over spring break and offered to be my research advisor. After my trip to Haiti over spring break, I realized I wanted to return to conduct full time research on how Non‐Governmental Organizations affect tent camps in Croix‐des‐Bouquets, Haiti. With Dr. Bucci as my advisor, I put together proposals and budgets and applied for grants and scholarships to fund my research. I was fortunate enough to receive one of two Holbrooke Summer Research Fellowships offered by the Undergraduate Research Office at Ohio State, as well as a few other smaller grants. With these funds, I had enough money to go to Haiti, do an internship at the Haitian American Caucus, pay for translators, lodging, materials, transportation, and conduct my research!

I left on June 14th, 4 days after I left Ohio State for the summer. I decided to do an internship at the same time as I conducted my research so that I would have a safe and convenient place to stay that also provided food and a framework for travelling in Haiti. My internship was in Primary Education, so I was able to teach English in an after‐school program to teenagers, help run a summer camp for kids, and conduct needs based assessments on education in the community. The internship was a positive experience that demonstrated the other side of what I was researching‐how nongovernmental organizations (NGOs) affect their community but from the perspective of the NGO.

When I had days free I went to the nearby tent camps with a translator to conduct interviews for my research. After the 2010 earthquake in Haiti, 1.5 million people were displaced from their homes. These people, without homes or places to stay, were given tents by NGOs, the UN and government agencies. With these tents, the displaced Haitians set up temporary ‘tent camps’ to live and receive emergency aid until they could return to their home. However, three years after the earthquake, there are still nearly 500,000 Haitians living in these squalid tent camps. Many of these people have not received aid and are in dire situations.

I asked questions about how NGOs had affected them and their community, what role they would like NGOs to have in Haiti, what they thought of NGOs, and in general what experiences they had had with NGOs, as well as a few other questions. My goal was to learn of the Haitian experience in tent camps in relation to NGOs. What I learned was that the majority of the people I talked to had in fact not received much if any aid at all. Furthermore, the NGOs that had come to their tent camps, like Oxfam and OIM, had not done much, and in a few instances, had actually had negative impacts on their community. The general impression I got was one of frustration and anger at the current situation and at the NGOs who had claimed to help them. In total I conducted nearly 40 interviews in five different tent camps in Croix‐des‐Bouquets, Haiti. 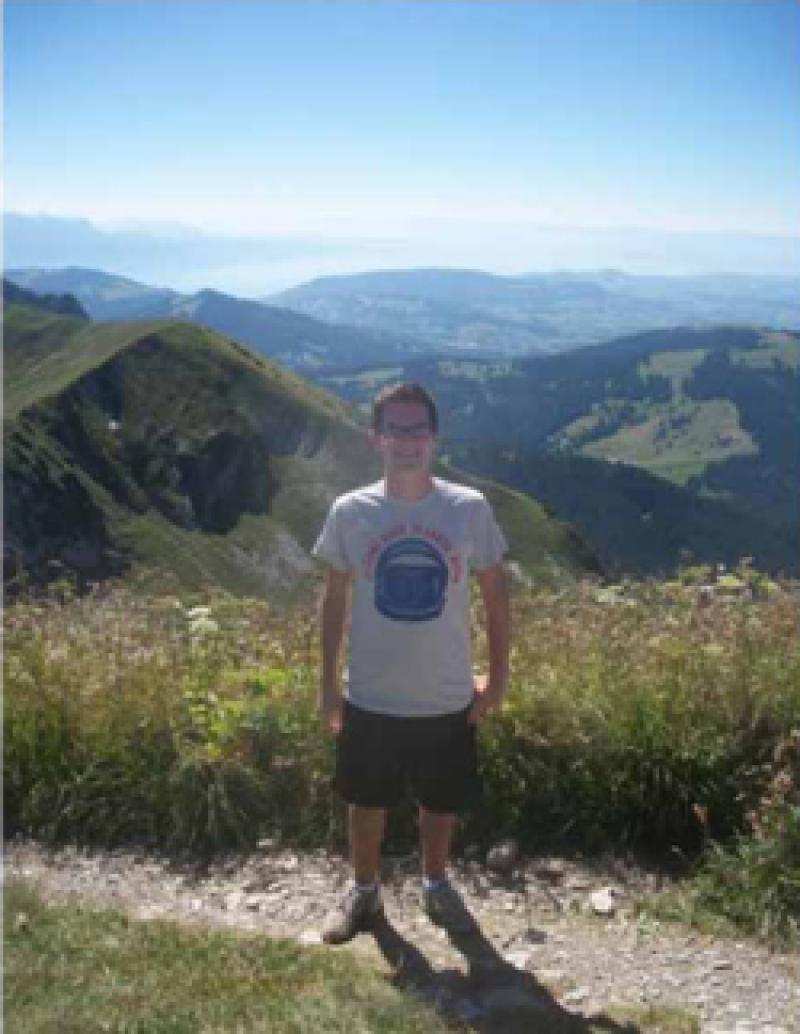 On August 14th, three days after I returned from Haiti, I left for Geneva, Switzerland, where I studied abroad through Kent State University. Through this unique program, I was able to do an internship while taking classes. I was fortunate enough to be selected as an Advocacy Intern for Human Rights Watch, an NGO that works on human rights all throughout the world. At this internship, I was able to go to the United Nations 21st session of the Human Rights Council in September of 2012. At the Human Rights Council, I attended meetings, plenary sessions, and resolution debates all while taking notes for my directors in Geneva and directors in other cities around the world. It was an amazing opportunity that showed me first hand how diplomacy, international relations and human rights interact at the United Nations.

Through this internship as well, I was selected, with the other advocacy intern, to write a report for the United Nations Special Rapporteur on North Korea. This report was an assessment of the human rights trends in all UN documentation regarding North Korea. The Special Rapporteur, Marzuki Darusman, used our 22‐page report in his report to the Human Rights Council’s 22nd Session. It was an incredible experience being able to have an actual role on human rights policy, and to see something I co‐authored be published as a UN resolution.

The rest of my time in Geneva was spent taking classes on international affairs, travelling to other European countries (me and my friends did a cruise in the Adriatic over fall break) and practicing French.

At the request of my advisor, Dr. Bucci, I found an academic conference on sustainability where I could potentially present my research from Haiti. I applied in August and was accepted to be a presenter at the conference in January 2013 in Hiroshima, Japan. In August, after I was accepted to be a presenter, I applied and was awarded enough money to go by the College of Arts and Sciences. So, over my “break” between Geneva and Paris, I wrote my presentation and prepared to go to Japan. I went with Dr. Bucci and another student who was presenting for six days in January. It was an amazing experience in which I learned about all the different forms of sustainability. Furthermore, I was able to advocate for all the Haitians I met and spoke with in Haiti in my presentation. Lastly, Dr. Bucci and I are currently using the research for a paper, which we will submit to a journal for publication. Not to mention I got to eat sushi, drink Sake, and experience Japanese culture in a city that is completely devoted to peace, Hiroshima.

I returned from Japan a week before leaving for Paris. I am currently taking classes at the Sorbonne, through International Studies Abroad, an organization that organizes study abroad semesters for students. My classes are about French grammar, history, culture, phonetics, and art, and are all taught in French! It was quite challenging at first to take notes and listen only in French, but after the first three weeks, I feel more comfortable and confident in my French abilities. One reason I have already gotten by in French is that I am also doing a homestay in Paris, that is, I’m living with a French family who only speak French to me. This is my favorite aspect of my time abroad‐learning about language and culture in a classroom is one thing, even with it being in France in French, but living with a French family and eating dinner with them every night is quite another. I learn first hand French culture, what are popular idioms and how to speak. We also have cultural exchange where I share about America and learn in turn how things work in France.

I will be in Paris until June 1st, when I will return to the States. Hopefully by that time I will be fluent in French. Concluding my year abroad will not be sad for me—I have loved every moment of being abroad. However, being gone for so long makes you appreciate the culture and people you left behind, as well. I am excited to return to Ohio State with a more international perspective, memories, and fluency in another language. I know that if it was not for Ohio State, I would not have had these opportunities that have largely confirmed and prepared me for my future academic goals of graduate school and career aspirations of working for the United Nations."