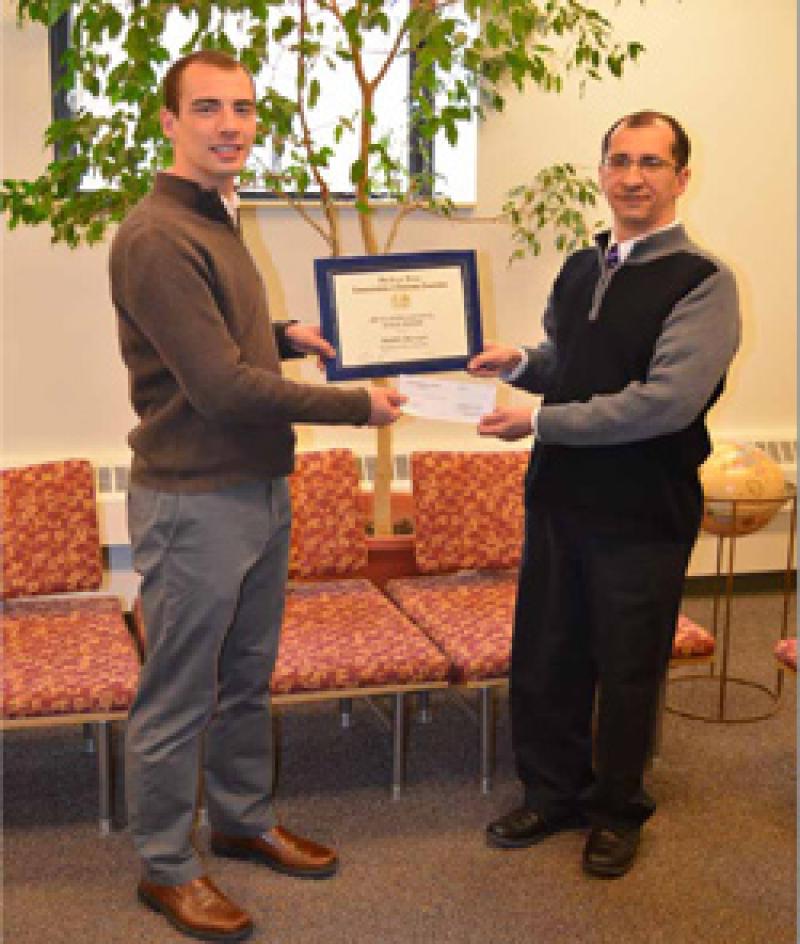 International Studies is proud to announce Austin Stewart is the recipient of a $2,250.00 Intelligence Scholarship from the Armed Forces Communications and Electronics Association Educational Foundation.

Austin learned of this opportunity through a listserve message from the department. "I try to read as many of the emails as I can and then apply for as many as I can."

Austin is pursing two degrees. He is a Security & Intelligence major and also a Business major with a specialization in Finance. His minor is in Russian.

Austin sought two letters of recommendation from Ohio State professors and instructors and a third letter from his employer. In the picture, Dr. Omar Keshk is presenting the award and check to Austin on behalf of AFCEA.

Austin has applied for the Fund for American Studies internship/study experience at George Mason University in their Institute on Economics and International Affairs for the summer of 2013. Scholarship money will be used to help fund attending the program.