Summer at the Foreign Service Institute 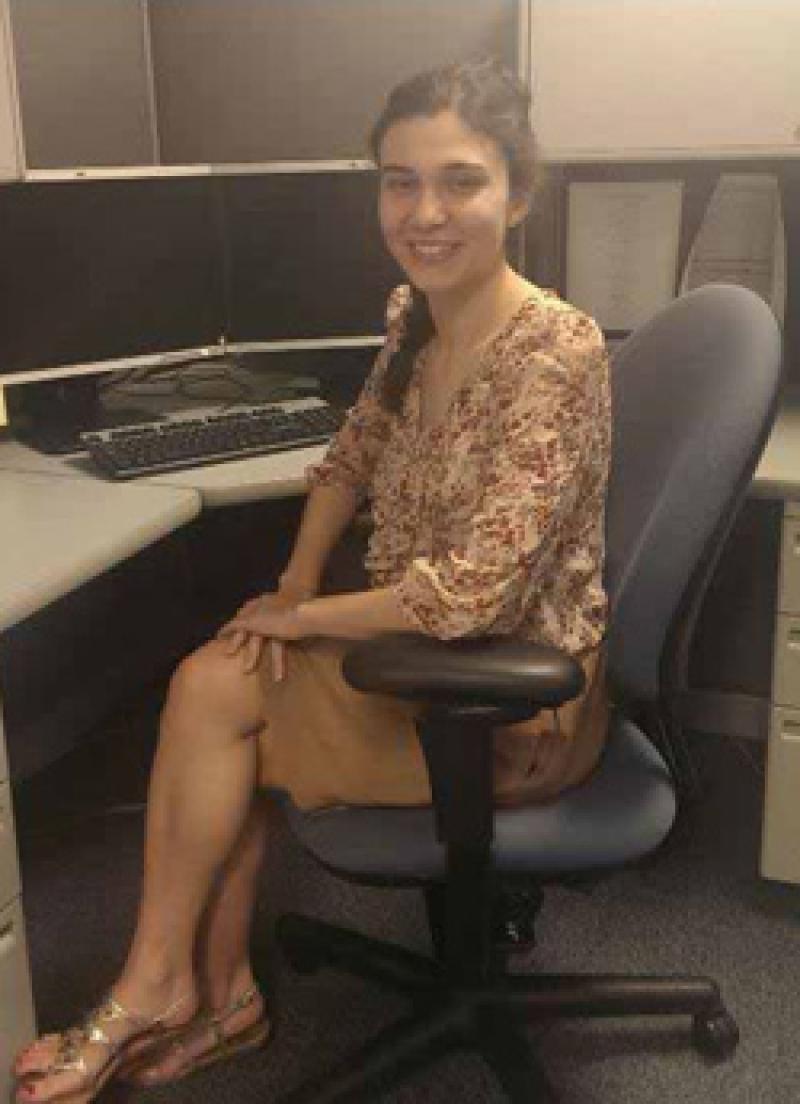 Jessica Bachman is a Junior with majors in International Relations & Diplomacy and Communication. Here is her summer internship story! “The mission statement of the Department of State is to “Shape and sustain a peaceful, prosperous, just, and democratic world and foster conditions for stability and progress for the benefit of the American people and people everywhere”, according to the Fiscal Year 2013 Agency Financial Report, released by the agency in December of 2013. Within this vast organization there are many different components. Foreign Service Officers are one component. They act as diplomats and ambassadors in American embassies, assisting both American citizens abroad, and acting as the representatives of the United States to foreign governments. In order to effectively prepare these diplomats for their life abroad, and equip them with the skills necessary to be successful, the Department of State established the Foreign Service Institute (FSI) in 1948. Today, the Foreign Service Institute includes area and culture studies, professional development, continuing technology education, assistance and transitional help for family members, and language classes.

There are five different schools within FSI. The largest school, and the school to which I was assigned for the summer, is the School of Language Studies (SLS). In one year, the school educates two thousand students in seventy different languages. SLS is headed by one dean, with two associate deans; one in charge of the instruction of language, and the other in charge of management of the school. Under the Dean of Instruction, there are five sections, into which all seventy languages are divided. They are East Asian and Pacific languages (Mandarin, Japanese, Korean, etc.), European and African languages (French, Nordic languages, Swahili, etc.), Near East and Central Asian languages (Arabic, Urdu, Hindi, etc.), Romance languages (Spanish, Italian, Portuguese, and Romanian), and Slavic, Pashto, and Persian languages (Russian, Czech, Farsi, etc.). Each section has been assigned one “main” language that is instructed most often. Those languages are Mandarin, French, Arabic, Spanish, and Russian. Under the Dean of Management, there are four sections: curriculum and staff development, educational technology, the language testing unit, and administration. 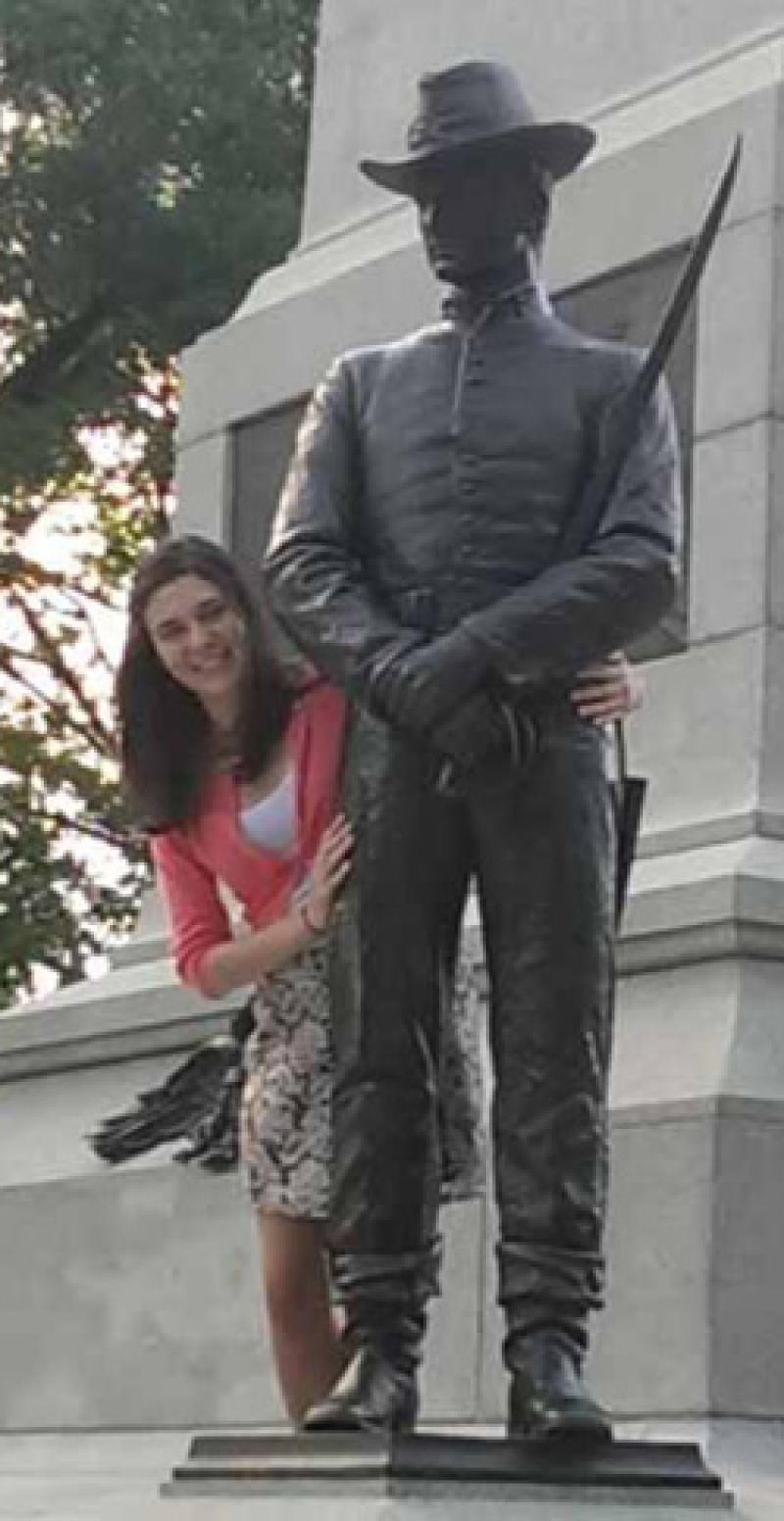 For each position within an embassy that the student is training for there is set a “goal” for the student to reach, before they can move to post. There are two tests that determine a student’s understanding and preparedness regarding the language. One is an online reading comprehension test and the other is a speaking test. To put it in perspective, I use an example that was relayed to me when I first arrived regarding a post in Senegal. The goal for this particular position was a 3/3, with a session time of 32 weeks. That means, out of a scale from 1-5, a student would score 3 on the reading test, and a separate 3 on the speaking portion, after studying the language of 32 weeks. The average college program, such as at Ohio State (3 semesters of language instruction to achieve proficiency, or 45 weeks), would put students at a 1/1.

During that time, I created flyers, wrote a student newsletter, tried to organize the “leave” (vacation time), and attended a lot of meetngs of every level of administration within SLS. Within a few weeks, I had established myself as a person to whom people could come if they were in need of assistance. I had the opportunity to participate in pilot programs in both French and Libyan Arabic, assist in establishing a program to assist language officers at foreign postings, and assist in gathering data for people who have achieved their language goals ahead of schedule.

It has also been a profound growth experience for me. I had interned previously, and grown leaps and bounds professionally and personally during that experience, so I didn’t imagine that I would have the same major growth in this experience. However, this experience has been much different than before.

This experience has brought a significant amount of personal growth. The number of staff within SLS is enormous, nearly eight hundred people. To that end, in order to speak with someone, or have a concern or question heard by the appropriate resources, one has to be very proactive and outspoken. I naturally possess neither of those qualities. During my previous interning experience, I was assigned certain tasks, and it was always very clear what was expected of me. During this experience, however, I learned to take charge of my own time and seek out help, input, and assignments when necessary.

In addition, while here I have learned to overcome my natural reticence when meeting new people. As one can imagine, with four hundred employees and eight hundred students, one is constantly meeting new people. Generally, I hate large crowds, meeting new people, and trying to make conversation with total strangers. SLS has effectively cured me of any reserve or shyness I may have had.

This is important in a professional settng as well, particularly for someone who is looking to begin a career in a strange city. I have found the best way to find opportunities and possibilities is by speaking with people, including strangers. Melissa Whitlock, the staff assistant in the office, has been enormously valuable in encouraging me to be proactive about meeting people and introducing myself.

I have also experienced professional growth simply by working at FSI. I have met many people, interns and federal employees, who will be a useful network to return to should I decide to make Washington, D.C. my home. As well, many of the entry level positions at FSI are filled by former interns, including the before-mentioned Melissa Whitlock.

Regarding academic growth, I have experienced a bit while here at FSI. I have had many opportunities to practice my French, as well as an opportunity to take the placement test, to better understand where I am in comparison to members of the Foreign Service. I have had more opportunities to practice my Arabic, both the modern standard variety taught at Ohio State, and the more colloquial version I was taught growing up. In addition, I was able to take the placement test in Arabic, and learned that I was at a level most Foreign Service positions require in speaking, if not reading. Certainly, it has inspired me to be more proactive in my language learning, and strengthened my desire to study abroad during the coming summer.

My experience then, at the Foreign Service Institute, has led to significant growth and achievement personally and professionally, as well as a desire to continue work academically. There have been days, of course, when there would no more projects to complete, or where my shy nature prevailed, but in general, my experience at the Foreign Service Institute has been positive. It has encouraged my interest in working at the State Department, and soothed my fears about relocating to a big city far from home. In short, because of this internship, I have become a better person in the present, and gained insight into the person who I would like to be in the future.”