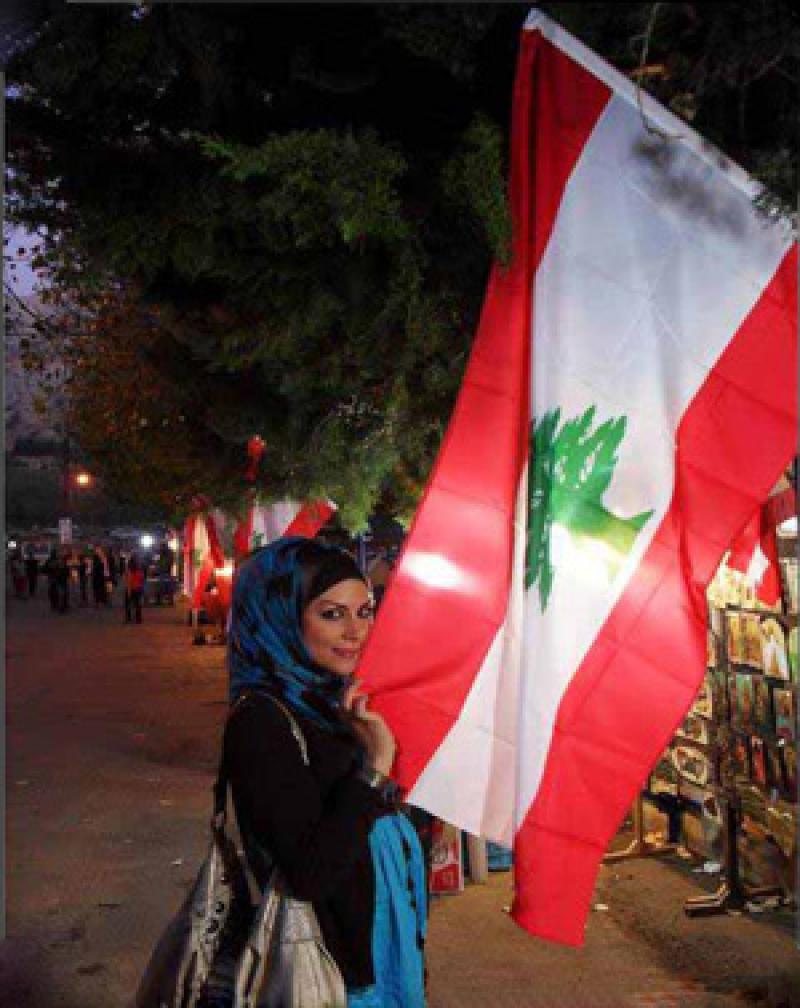 Imann Ali is a double major in Middle East Studies and Political Science. She is from Norway. Her summer internship took her to Washington DC, and was followed by a personal language study trip to Yemen where she studied intensive Arabic.

"I glanced at the unfamiliar, cloakclothed figure before me on the dusty ground just as the heavy skies obscured the sun's path and faded my shadow to invisibility. Soon heavy raindrops would hit the dust and disfigure the ground before me further. I had just exited the airport in Sana'a, Yemen, and I was still chasing my own shadow as the showers found it fit to welcome me. The edge of my abaya (black, long overgarment) quickly turned heavy soaking up the warm water, as I stood among an unusually helpful crowd of a few women and men, trying to explain to them in broken, inconsistent Arabic that I was looking for the driver who was supposed to take me to the Yemen College of Middle Eastern Studies. Even that early I would understand why connoisseurs of Arabic advocate for language studies in Yemen – most people there don't speak English at all. As I had found myself in a considerable time trap before leaving the States - leaving my internship in Washington, DC a few days earlier to finish the last exam of Arabic 104 at OSU before my travels – I had not thought of jotting down important phone numbers, addresses, and names et cetera, something I now silently cursed myself for. It didn't take too long, however, until a man who identified himself as my driver was located by a member of the crowd. – Imaan Ali, is that you? I was looking for you! I couldn't recognize you; I thought you were Jordanian, he said using an amalgam of poor English and simplified Arabic. I was indeed traveling with Royal Jordanian, and I was wearing very traditional clothes, probably unlike most U.S. students of Arabic there, so his confusion did make sense. The misunderstanding was soon forgotten, however. Thankful for approaching my temporary destination and hopefully getting some sleep before breaking the fast after sunset, I leaned back in the car and observed the scenes before me, attempting to take in and digest the various sights and sounds. 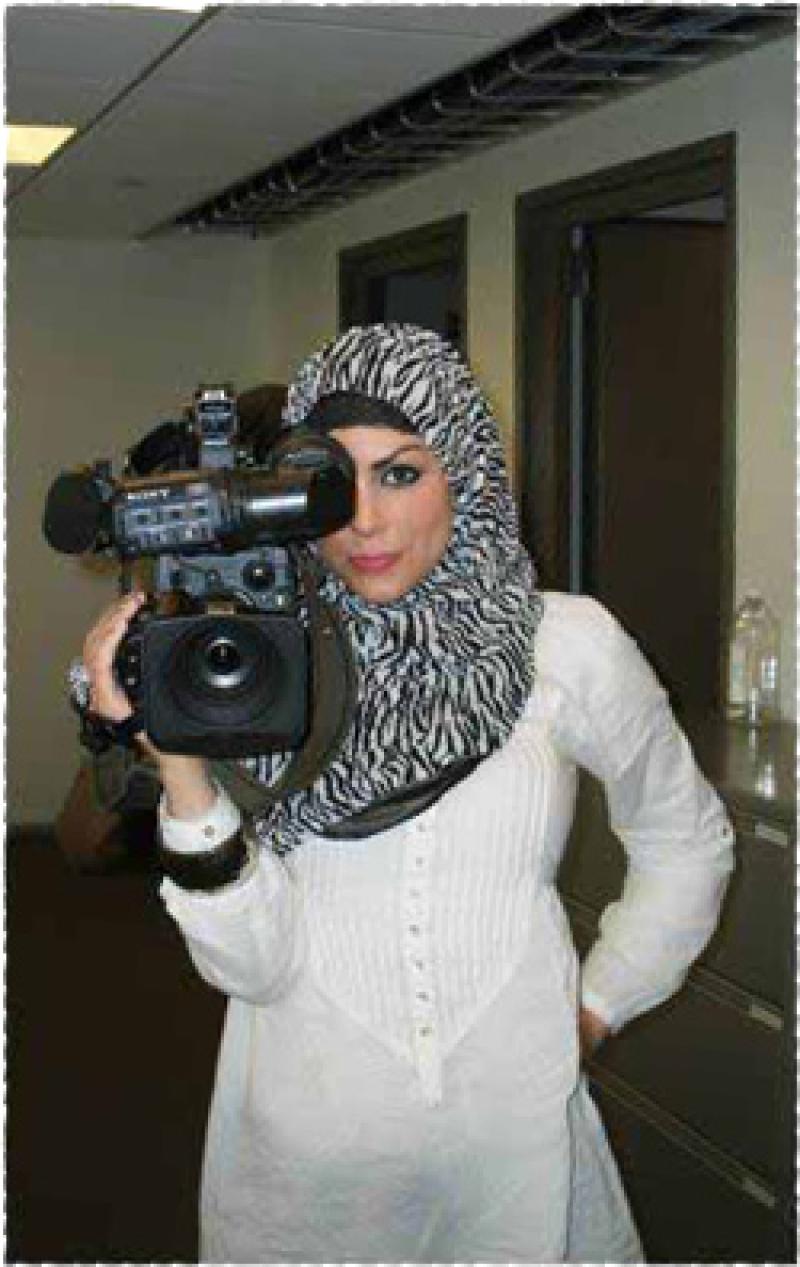 My name is Imaan Ali, and I am an international, and quite untraditional, student of Political Science and International Studies, technically wrapping up my second year, but in actuality starting my last quarter here at OSU (Winter 2009 to Winter 2011). Aside from taking heavier course loads to be able to finish in just over two years, I have been contributing to a book project back in Norway on Muslim women and the head scarf. I won a first year English writing award for an essay published on Commonplace (which was a lot of fun as I was fresh to America at the time of writing it), been a panelist on a Muslim women perspectives panel discussion in DC, and spent the summer 2010 quarter in DC, interning with both the Middle East Broadcasting Center (MBC) and the Washington Report on Middle East Affairs through the National Council on U.S.-Arab Relations' summer internship program. Then, I travelled to Yemen for six weeks to gain Arabic speaking skills not readily available all at once in the States.

Best of all? I earned 26 credit hours in total this summer - without taking classes at OSU - and I was even able to fit in a one week stay in Lebanon!

The National Council on U.S.-Arab Relations' ten week summer internship program consisted of a full time placement in a related organization, as well as twice-a-week evening seminars on the Middle East region, often including distinguished guest speakers, and at least one visit a week to U.S. institutions, embassies, and other relevant places. Since I was staying in the nation's capital, there were plenty of other seminars, events, and even networking opportunities, enabling me to enjoy the DC experience to the fullest. Upon questioning the arguments of a panelist during a Middle East related panel event on Capitol Hill, a congressman came to shake my hand, compliment me on my comments, and invite me to stop by his office sometime. I had few free moments during my short stay, but it was an unmatched experience, even as I had to take my spring quarter exams more than two weeks early in order to get there on time. For a student majoring in International Studies and the Middle East region it was an opportunity not to be missed. I was sure to apply for the international studies internship credit before I went, and thus earned 15 credit hours by writing a relevant research paper. This way, if one aspires to finish early, a summer in Washington will not bog one down. 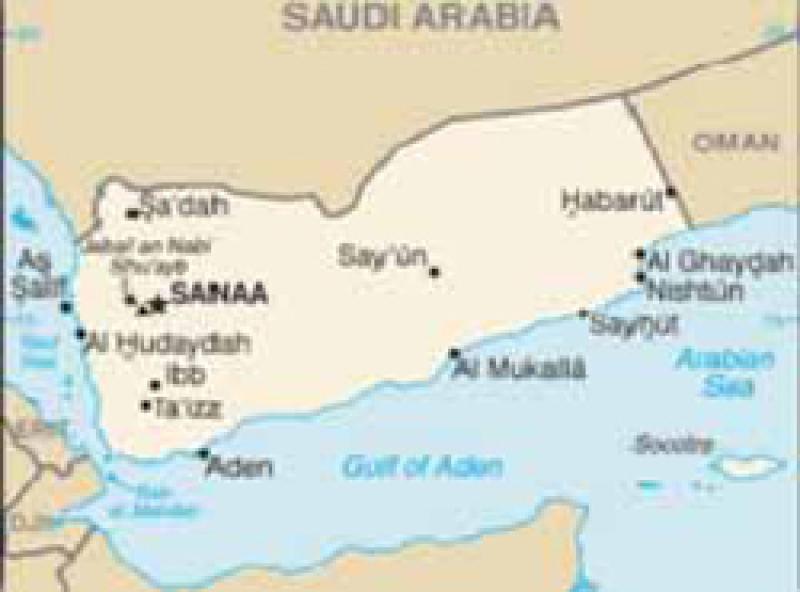 It did not, in my wildest dreams, cross my mind that I should attempt to go to Yemen for Arabic studies. I had lived and worked in Egypt before; but from relatively modernized and metropolitan Cairo to much more conservative Sana'a is a long stretch. On top of that, the underwear bomber incident and Yemen’s unfortunate position of being among the poorest Arab countries didn't help brighten the prospects of going there. However, after seriously considering the internship in Washington, as well as concerning myself with not getting enough credit hours to graduate in the winter, the summer program of YCMES caught my attention. Fitting in exactly between the end of my internship program and the start of the fall quarter at OSU (plus a few days), it felt like it was just meant to be; hence I decided to give it a try. As they use Al Kitaab (the same book as OSU uses) and as they have the option of private instruction, I was actually able to take a double amount of coursework to complete the requirements for Arabic 205 and 401 in six weeks (minus a one week el eid holiday, marking the end of Ramadan). Combined with exciting field trips to other parts of Yemen, opportunities to speak Arabic everywhere one goes, cheap tickets to other countries in the region, and very affordable living costs, it is probably the best place to study Arabic intensively and familiarize oneself with a unique country which has gotten more than its share of negative stories in the Western media.

Getting to know the people and the culture dispelled myths and stereotypes that even I, a Muslim woman myself, had. From arriving to Yemen barely speaking the language, I left proficient enough, on my last day, to hold a short "thank-you speech" in tiara and a massive wreath of jasmine flowers for some 300 women at a fundraising party after rather surprisingly winning a "best modest dress" (or something along those lines) competition held for the attendees, before rushing off to the airport. Thus I concluded my summer spending my prize money buying oil based sandalwood perfumes and handmade silver accessories at the Sana’ani airport, with my tiara and jasmine wreath peaking out from an already overloaded piece of hand luggage."