Kara Lapso is a sophomore majoring in International Studies. She spent her summer in the Dominican Republic volunteering with the Dove Missions. These are her reflections upon her experience just as she was concluding her work and preparing to travel back to the States.

“How do I even begin to describe my trip? These past days here in the Dominican Republic? Well, why not start with the end. Start with today.

I couldn’t sleep last night, but I wasn’t surprised; that’s how it has been the past couple of days. I couldn’t help but let my mind wander, to reminisce. Have you ever loved something so much, cared for something so much, that you missed it before it was even gone? Well that’s kind of how it was when I was trying to sleep. I was nostalgic; I was longing. 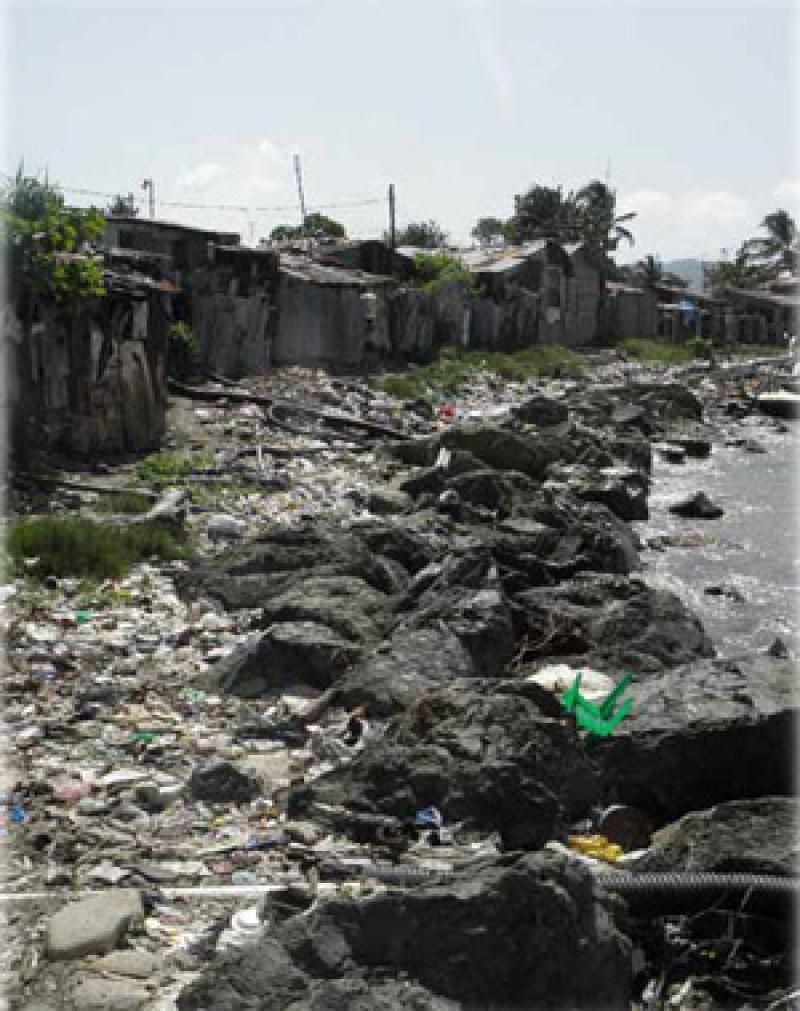 But not for the family back home that I had not seen in 25 days nor for my friends that I hadn’t seen since last summer. I was nostalgic because I was already sad that my days are less than numbered and my hours can be counted on my fingers and toes. I was sad that I will be leaving the children behind, hoping that they keep up the hard work, stay off the streets and out of trouble. I was also sad that I am leaving this country behind, virtually unchanged.

This morning, I got out of bed, ate my last mango, brushed my teeth, braided my hair and was out the door. We drove to Dove Missions’ Boys and Girls Club that we have worked at every day this summer. Getting out of the car I had a knot in my stomach and a lump in my throat. I couldn’t believe it was already my last day.

The first task of today was to finish up the letters to the kids’ sponsors. It was so humbling to see how incredibly thankful all the kids are for their sponsors. Their sponsors are the people who give less than a dollar a day to the child to help cover the fees for the club, to provide a healthy lunch for them while they are there and to pay for a food voucher that their family receives monthly. The club promotes respect for themselves and respect for others by teaching English, art, music and exercise classes. This club is an amazing place for these kids to spend their days. That way they are not working on the streets begging for five pesos or offering a shoe shine. Anyways, these kids are endlessly thankful for their sponsors and it was so incredible to listen to the things that they wanted to say to them.

After writing the letters, we went to Agua Negra. Agua Negra is one of the “Barrios” that our kids live in. Directly translated, the word “barrio” means neighborhood, but here in the DR it means something a little different. Here it means a poor neighborhood, a slum.

We got out of the car and the first thing we saw were two little boys running around with handmade toy cars. They created them by cutting a plastic bottle in half, poking four holes in it, sticking two straws through the holes and finally attaching Gatorade caps as wheels to create their race car masterpiece. They tied their innovation to a shoe string and there you have it, a toy car. They were so proud of their creation, running it down the dirt road, through the raw sewage and back to me. They were so happy, glowing from the excitement of their new toy.

We walked around the neighborhood and visited some friends. Then Bebe, one of the boys we work with, pulled on my arm. I looked down and his thumb was covered in blood. I asked him if it hurt and he told me it didn’t. That was when he bent down and cleaned it off with the sewage water running down the street. I insisted that I buy him a bottle of water, clean it off and put a band aid on it. Five minutes after I did just that, I saw him playing with some friends and I noticed that the band aid wasn’t on. I asked him where it was and he replied “se fue”. He threw it away. He was content with it being open, letting the air heal it.

Lastly, we made our way to the shores of Agua Negra on the mouth of the river, near the port of the city. The beaches were covered with trash piled upon trash. When the big freighters come to the port, they let all of their “crap” loose (and yes I mean crap literally and figuratively) into the water; along with all the garbage that has gathered on these ships (plastic bottles, wires, shoes, bags, glass, etc.) they also let loose all the raw sewage into the basin of this river just yards away from the homes of the families we work with. Then, of course, all this washes up on the shores, just feet away from the homes and right into the middle of the kids’ favorite place to play, the ocean.

No matter which barrio a family is from, Playa Oeste, Agua Negra, or one of the many other barrios in Puerto Plata, these people are the most generous and optimistic people you will ever meet. These beautiful people constantly have a smile on their face. After a storm has raged through the area, flooding everything in sight and having no mercy on anyone in its path; after scooping the garbage and sewage filled muck out of the bottom of their small home; after the water had rushed into their homes and robbed them of the few possessions that they were lucky to have. If you’d ask them how they could possibly be smiling after all that, they’d say that "this is life and that God is great."

I pray that one day I may be as optimistic as these beautiful people… One time, the mother of three of the children in our club brought orange juice and ice home for her family. When she realized that we were at her house visiting with her children, she urged us to sit down and have a drink with her. By the time she finished pouring all nine of us volunteers a glass of OJ, the carton was empty, but yet she wouldn’t take “no” for an answer; she insisted that we drink the orange juice - even though there wasn’t enough left for her family. I pray that maybe one day I can be generous enough to give someone the last of my family’s orange juice.

On July 6, 2010, I left for the Dominican Republic with my mom - planning on staying for eight days; I hoped to make a difference, teach some English and play with some kids. Eight days later, I watched my mom board the airplane back to Cleveland because I had decided to stay for an extra two and a half weeks. That was the best thing that I have ever done. Within the twenty five days that I have been here in the Dominican Republic, I have seen and smelled things that I will never, ever forget. I did not change the world, not even close, but the world definitely changed me.

I have realized that I am so insignificant, so small and that my efforts may never change the world. No matter how much I try or how hard I pray I know that I may never be able to overthrow a corrupt government or break a city out of the cycle of poverty. I know that what I have done is just a drop in the ocean, but according to Mother Teresa, “if that drop was not in the ocean, the ocean would be less because of that one missing drop.”

Liz McKie, the woman that I have lived with for the past sixteen days, always says, “Once you know, you can’t hide.” Now I know; now I have seen. I can’t force myself to forget what I have done for the past twenty-five days. It has been burned onto my soul and etched into my heart. My heart breaks every time I think of stepping onto the plane tomorrow.

Although my trip is over, this summer is a new beginning. I will now think twice about finishing my dinner, complaining about the lack of air-conditioning in my apartment or buying that new pair of shoes. This trip has helped me realize how abundantly blessed I am and that it’s my job, along with the rest of the world’s job, to help the people who are not as lucky as us, because “when the game is over, king or pawn, we all end up in the same box.”

If you have ever considered doing mission work or doing international volunteer work, you should do it. Stop making excuses. People all over the world are living on just dollars a day -- you can spare the money to make a trip and help someone. I promise, it will change you forever.”